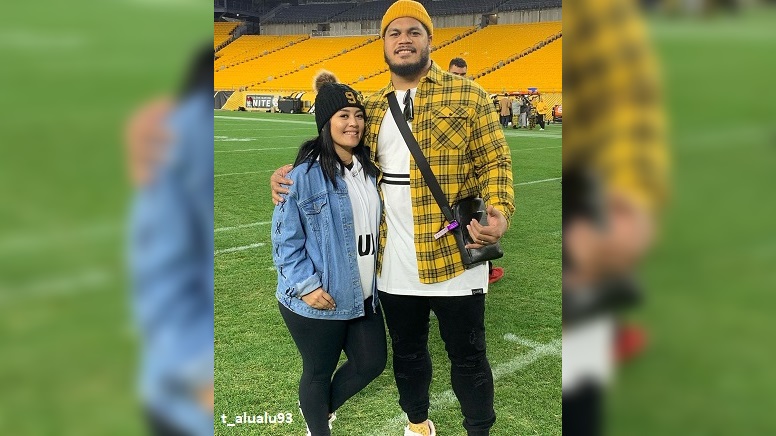 Pittsburgh Steelers fans got quite a nice surprise on Saturday when it was reported that defensive tackle Tyson Alualu has changed his mind and thus decided not to sign the two-year, $6 million contract the Jacksonville Jaguars offered him at the start of free agency. Instead, Alualu, who has played his last four seasons with the Steelers, has decided to stay in Pittsburgh via a two-year deal and reportedly one that will pay him less than the Jaguars offered him.

According to Ray Fittipaldo of the Pittsburgh Post-Gazette on Saturday, the Jaguars had the better offer and Alualu has decided to sign the deal the Steelers originally had on the table for him. Fittipaldo goes on to say that Alualu’s decision was not about money, it was about his family building a home in Pittsburgh and their kids being entrenched in school. In short, the Alualu family enjoys Pittsburgh and wants to stay.

The Jaguars had the better offer. Alualu signed for the offer the Steelers originally had on the table. This was not about money. It was about Alualu and his family building a home here and their kids being entrenched in school. The family enjoyed Pittsburgh and wanted to stay

So, how much less was the Steelers offer that Alualu has decided to sign than the one he originally agreed to with the Jaguars? We don’t know quite yet but there was already one report as to what the offer Alualu received from the Jaguars that he was going to sign, and it included a base salary of $1.05 million in 2021 and a $2.4 million signing bonus in addition to a $25,000 workout bonus. His 2022 base salary was set to be $2.05 million, and he was also supposed to get $250,000 roster bonus and a $200,000 workout bonus in 2022 as well.

This is the deal that Tyson Alualu reportedly agreed to with the Jaguars. I wonder if the Steelers matched it. If so, it used just $1.52M in cap space after displacement. #Steelers pic.twitter.com/vhQAEhvYJi

The lowest that Alualu’s 2021 base salary can be is $1.075 million. The Steelers might have given him a little bit higher base than that, however. As for the signing bonus Alualu will receive from the Steelers this time, it’s probably between $1.5 and $1.75 million, Regardless of the actual numbers, Alualu’s 2021 salary cap charge should come in at around $2.125 million or less. If so, re-signing Alualu should use up less than $2 million in 2021 salary cap space after roster displacement takes place.

As soon as Alualu’s exact contract numbers are know, I will make sure to pass them along in a new post.

This is what the two-year contract for Tyson Alualu looked like back in 2019 when he re-signed. #Steelers pic.twitter.com/By26ig3WJk