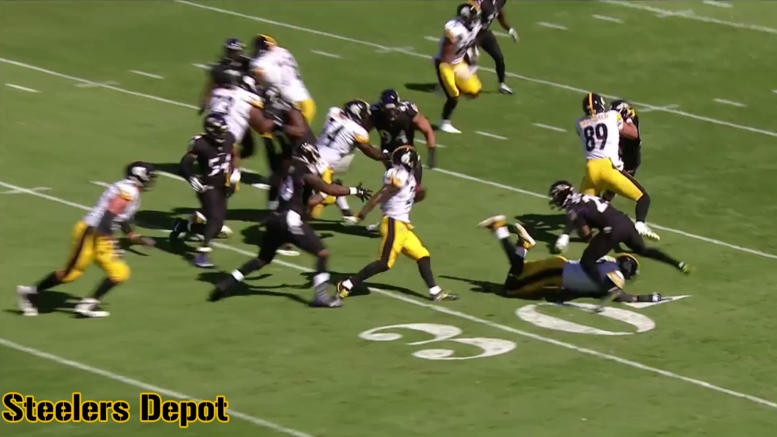 The Pittsburgh Steelers got some major business taken care of yesterday when they completed a new contract for quarterback Ben Roethlisberger that saved them more than $15 million in salary cap space for the 2020 season and pushed them below whatever the cap number will come out to be, at a floor of $180 million.

Of course, mere cap compliance is not the goal, nor is it feasible, in early March. It takes significant more than that to do the business of an NFL offseason, which includes re-signing your own free agents, getting a draft class in the books, accounting for additional expenditures, and so on.

One obvious move left to be made is a restructuring of Stephon Tuitt’s contract, but beyond that, there is no one clear path the team would or should take. One option would be to release some players, though a couple of retirements helped them out in that area.

Pro Football Focus somehow found new cap casualty candidates for the Steelers when they assessed the matter of each team in a recent article. Going team by team, they listed potential names where applicable, but for the Steelers, the listed, ‘None’.

“The Steelers’ two best candidates to clear cap space via a release — center Maurkice Pouncey and TE Vance McDonald — have both already announced their respective retirements since the 2020 season ended”, the article reads.

While that may be true, they certainly are not the only possibilities. Vince Williams could have easily been included on the list, even if his release wouldn’t save much more than $3 million after roster displacement. That doesn’t sound like a huge amount, but it could be the difference in retaining one pending free agent.

The general sense of the article is reasonable, however, as the reality is that there aren’t many options for the Steelers this year. The most likely candidates in terms of cap relief are important starters. Joe Haden has a base salary of $7 million this year. Tight end Eric Ebron is due $6 million. Guard David DeCastro will make nearly $9 million.

But there is no quality depth behind any of them. In the case of Williams, you have Devin Bush returning from injury, and Robert Spillane showed a lot of potential last season when he was starting in place of Bush. Coincidentally, he just so happens to be better suited to play Williams’ role than Bush’s in the first place.

Still, it remains to be seen whether or not the Steelers will cut anybody. The most likely options voluntarily retired, so they will have to work to make headway. Some potential candidates may be more likely to be extended rather than cut to trim a bit of cap space.