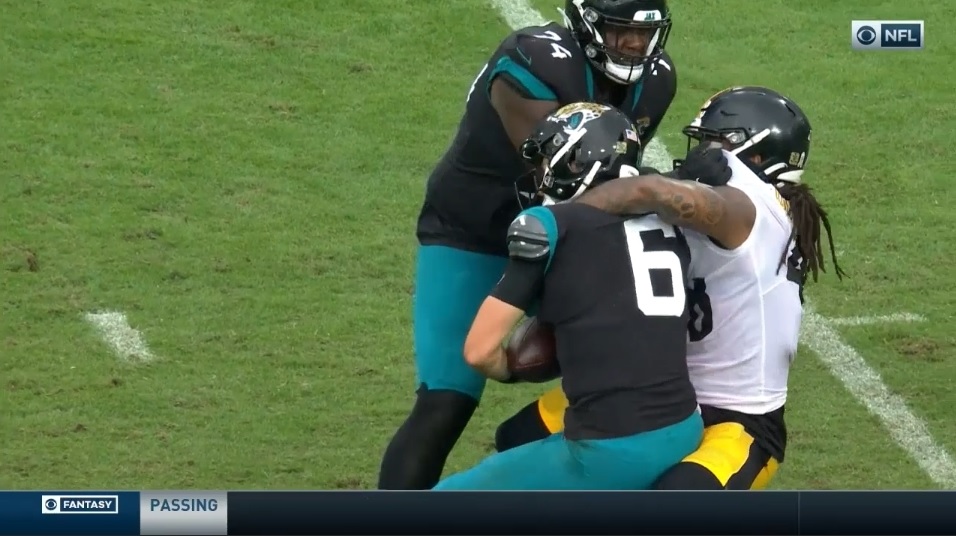 Barring something drastic changing in the next nine days, Pittsburgh Steelers outside linebacker Bud Dupree will become an unrestricted free agent at 4 p.m. EST on March 17. If that happens, there’s a good chance that Dupree will ultimately sign with a different team at some point before the start of the 2021 season. Will a team get a bargain with Dupree on a one-year deal this offseason? We’ll see, but in the meantime, Sam Monson of Pro Football Focus has the Steelers former first-round draft pick out of Kentucky listed as being an overrated soon-to-be unrestricted free agent in his Monday post on espn.com.

Below is Monson’s reasoning for having Dupree as an overrated potential unrestricted free agent this offseason.

Dupree is the classic buyer-beware candidate at the edge position. An incredibly gifted player capable of making splash plays, he also comes with a first-round pedigree and has 22 sacks over his past 27 games.

The problem is that he has played in an environment that gives him a lot of layups in terms of pass rushing. Last season, 60.5% of Dupree’s total pressures were either unblocked, cleanup or pursuit plays, which are more circumstantial than they are evidence of plus play. By contrast, only 26% of T.J. Watt’s pressures fell into those categories.

Dupree can take advantage of a beneficial situation as a complementary pass-rusher, but there isn’t much evidence that he can manufacture his own elite-level production. Dupree also is coming off a torn ACL suffered in December.

This certainly will be interesting to watch play out these next several weeks with Dupree, who is reportedly on course with his ACL rehab. His last few seasons with the Steelers he showed incredible improvement as a pass rusher and he’s been very good against the run long before the start of the 2019 season.

A year ago, the Steelers placed the franchise tag on Dupree, and he wound up playing the 2020 season while wearing it. He earned $15.828 million in 2020 and he lived up to that price tag until he tore his right ACL in early December. Had Dupree remained healthy in 2020, it’s a good bet that he would have finished with double-digit sacks for a second consecutive season.

If Dupree weren’t currently rehabbing from a torn ACL, his free agent market value this offseason would likely be $18 million per year or more. That injury, however, might result in him needing to sign a one-year deal for a lot less than that this offseason so he can show he can move forward without limitations. The fact that there is a huge question currently as to what Dupree’s free agent market value will be this offseason, it’s really unfair to classify him as a potential overrated or underrated potential unrestricted free agent, in my opinion.

Dupree enters 2021 having registered 39.5 sacks for his NFL career. He is one of just 40 players to register 35 or more sacks since 2015, his rookie season. That list of 40 players also includes Steelers outside linebacker T.J. Watt and defensive tackle Cameron Heyward.