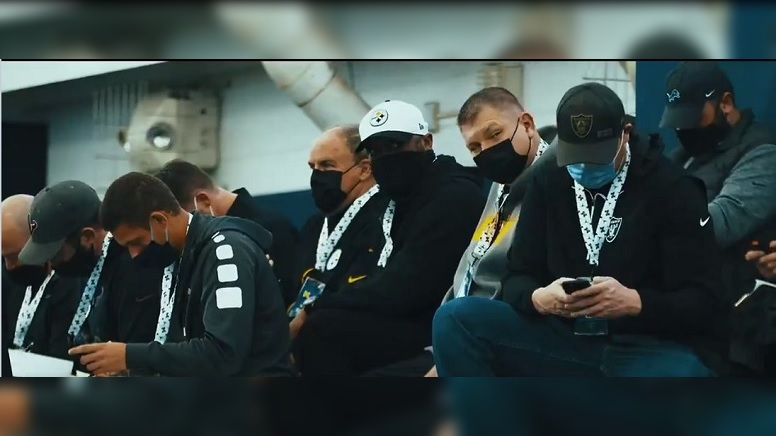 It’s been hard finding out much information about Michigan’s Pro Day on Friday despite it being the biggest school on the schedule. But now we finally have some information. As anticipated, Kevin Colbert and Mike Tomlin were on-hand for the workout. I spotted them sitting in the stands in this video tweeted out by the school recapping the big day.

The Wolverines have a ton of talent in this year’s class so it’s no surprise to know they were there, though the information took longer than expected to uncover.

Michigan boasts a couple first-round potential prospects. That includes DL/EDGE Kwity Payne and OT Jaylen Mayfield. With their confidence in Zach Banner, offensive tackle doesn’t feel like the need it once was and the Steelers may opt until the later rounds to address the position. But Mayfield checks plenty of the boxes the Steelers look for. He’s young at still just 20 years old but a good athlete and comes from a Power 5 conference. Earlier this week, he confirmed he’s spoken with the Steelers. Having Morgan there is another sign of interest.

Other Wolverine prospects worth checking at include WR Nico Collins, who had an excellent workout. The Steelers did re-sign JuJu Smith-Schuster but he and James Washington will be free agents after the 2021 season. Collins said he had a Zoom call with WRs coach Ike Hilliard. There’s also FB Ben Mason and DL Carlos Kemp, candidates to hear their name called later on Day Three.