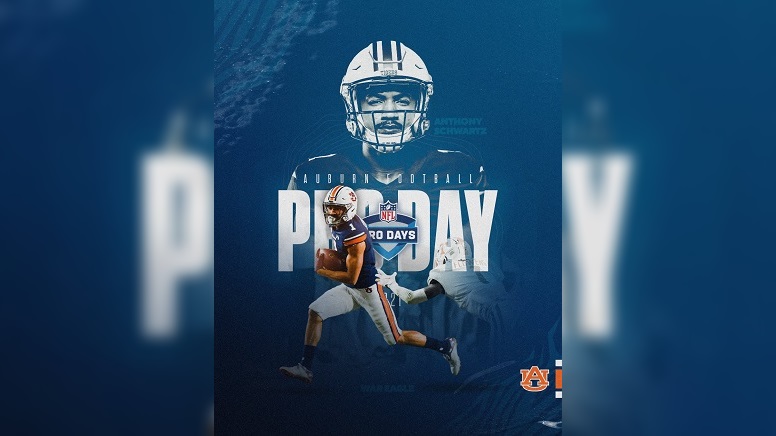 Auburn is holding their 2021 Pro Day on Thursday and Pittsburgh Steelers general manager Kevin Colbert and Mike Tomlin are both there, along with wide receiver coach Ike Hilliard, according to Andrew Groover of the NFL Network.

Who are the top prospects for Auburn this year when it comes to the 2021 NFL Draft? Probably linebacker K.J. Britt and wide receiver Anthony Schwartz for starters. The Steelers seemingly have had some interest in both players already this offseason.

Britt was at the Senior Bowl this year while Schwartz has already said the he had a virtual meeting scheduled with the Steelers. Britt measured in at the Senior Bowl at 6001, 239-pounds with 30 3/4-inch arms and 9 3/8-inch hands. In his lone full season as a starter in 2019, Britt had 68 tackles, 10 tackles for loss, 3.5 sacks, two forced fumbles and earned Pro Football Focus’ top run-defense grade of the season. He only appeared in two games in 2020 before undergoing thumb surgery that ended his senior campaign.

In three years at Auburn, Schwartz caught 117 passes for 1433 yards (12.2 YPC) with six touchdowns. Listed at 6’0, 179 pounds, Schwartz is best known for his sprinters speed. In addition to playing football in high school, he set a world youth record with a 10.15 time in the 100 meter dash at the 2017 Florida Relays. The following year he was named Gatorade’s track and field athlete of the year. He won the gold medal in the 4×100 relay at the 2018 IAAF U20 in Finland. All that speed earned him the nickname, “The Flash.”