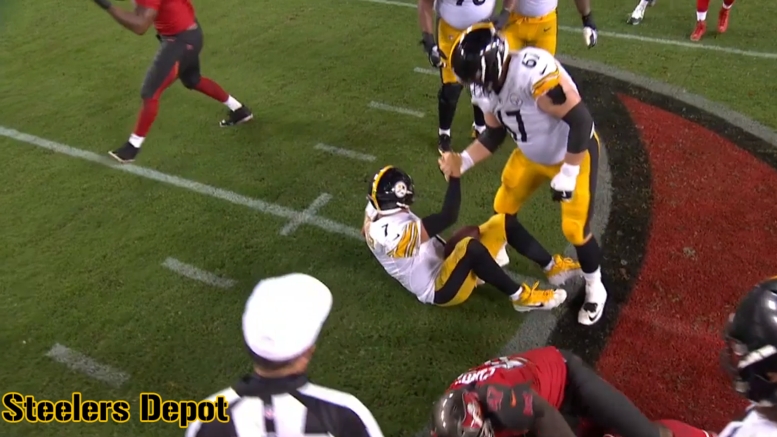 Even though the Pittsburgh Steelers have managed to get successfully under the $182.5 million salary cap, at around $6 million under, there is still a lot of business to tend to, and that almost assuredly means, as should be no surprise to regular readers, that their forays into unrestricted free agency outside of their own roster will be unremarkable—if not familiar.

In fact, a couple of familiar names have been regularly linked with the Steelers as potential signings, provided that they end up getting cut, such as tight end Jesse James, who has been with the Detroit Lions for the past two seasons, and B.J. Finney, who signed with the Seattle Seahawks last year.

Finney is already ‘free’ after having been released by the Cincinnati Bengals, who acquired him via trade, after the Seahawks signed him to a two-year, $8 million contract. He was owed over $3 million for the 2021 season, more than the Bengals were willing to pay for a likely backup.

That makes him an affordable option to return to where he started in Pittsburgh, and where he’s comfortable, to serve as cheap depth, and in fact, NFL insider John Clayton expects that to happen, a bit of information he volunteered when asked about Matt Feiler on 93.7 The Fan.

“I get the feeling that they’ll bring B.J. Finney back, too, because he was cut by Cincinnati after the trade that didn’t work out for Seattle”, Clayton said. “I think Finney is gonna be back, because he’ll come in at a very low number. They liked him; it’s just that Seattle was willing to pay him a little bit more than they could afford”.

Originally signed as an undrafted free agent in 2015, he spent most of his rookie season on the practice squad, making the 53-man roster the following year. He would start a dozen games at left and right guard and at center over the course of the next four seasons for the Steelers, and at various points was informally considered a ‘starter in waiting’.

Pittsburgh tagged Finney as a restricted free agent at the second-round level in 2019, which paid him over $3 million for his services, but they would seemingly not match the $4 million APY that the Seahawks gave him, which also included a substantial amount of that guaranteed.

With Maurkice Pouncey retired and Matt Feiler an unrestricted free agent, and Stefen Wisniewski long gone, Finney coming back would be a great move at the back end of the roster to secure much-needed reliable, veteran depth for the interior offensive line—with the tremendous bonus of it coming from somebody who developed in their system. It’s a move that makes too much sense not to happen.