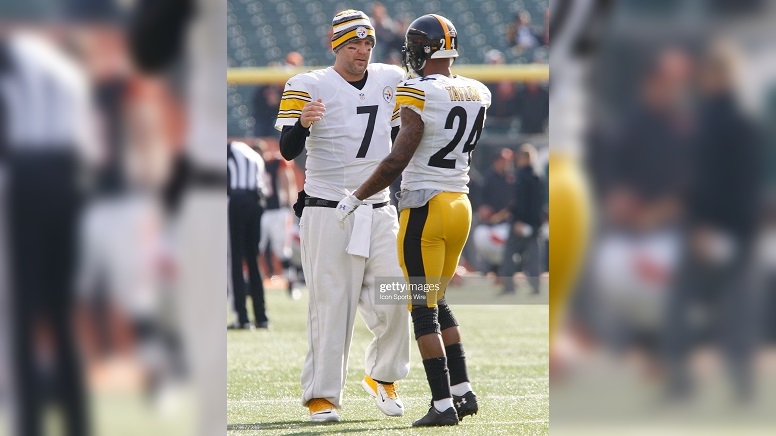 “So, I think if seven wants to come back, seven’s got to get on this Tom Brady regiment,” Taylor said during that interview last month. “You know what I’m saying? He’s got to really hone-in in the offseason and get some of his mobility back. You know what I’m saying? Because right now in the NFL, unless you got an offensive line like a Tom Brady, you really can’t be a pocket quarterback. They’re becoming extinct right now. You got to have some kind of mobility.”

On Friday, Taylor was a guest on 93.7 The Fan and he once again made sure to comment on Roethlisberger and what he expects his former teammate to do this offseason now that he’s decided to return for an 18th NFL season. Taylor said he expects Roethlisberger to change this offseason and when pressed later to explain what he meant by that, Taylor did not hold back.

Taylor went on to explain that Roethlisberger needs to get back to being able to be more mobile and as that’s the way that the NFL game is played now when it comes to quarterbacks. Well, all quarterbacks except for one.

“Nowadays you gotta be somewhat mobile,” Taylor said. “And that’s why seven [Roethlisberger] has been seven. That’s why I said he was going to go to the Hall of fame. He’s been very mobile. You just can’t sit back there like a statue no more unless you’re Tom Brady. You can’t statue playing quarterback in the NFL no more. You got to have some kind of mobility.”

Taylor has also been on record that by letting Roethlisberger return for another season that the Steelers are delaying the process of finding his replacement and especially in a division that now includes three young franchise quarterbacks.

“I’m just looking at Joe Burrow, Baker Mayfield, and Lamar Jackson and I’m looking at the competition,” Taylor said. “And so far, yeah, Pittsburgh started 11-0, but I mean when seven leaves, you know, for Pittsburgh it’s Super Bowl or bust, man. We ain’t been back to the Super Bowl since 2010. So, we can say what we want to say but the facts are we ain’t been back since 2010. These other AFC North organizations, they’ve got young franchise quarterbacks and we’re still going to be behind a couple of more years.”

Taylor closed out his grip session be reiterating that because the division that the Steelers play and because the defense they have put together, this was the year they should have rolled with a young quarterback not named Roethlisberger.

If Pittsburgh were in the NFC East and you still had seven, I’d be like, man, keep seven as long as you want to,” Taylor said. But they’re not. And the more years you just sit and wait, that’s the further we’ve got to come along and the better these other teams are going to be. So, you can’t get mad. I’ll tell you this as a fan. So, don’t get mad in about four years if Pittsburgh ain’t doing too good, because like I’ve been trying to tell ya’ll.

“Like because I’ll be like, I tried to tell y’all. Don’t get mad because the Ravens don’t look bad. Cleveland don’t look bad. And Joe Burrow, before he got hurt, he didn’t look bad either. And the reason why I’m saying this is because you’ve got a young defense in their prime. Go ahead and get a young quarterback so he ain’t got to do too much now. That’s all I’m saying. You’ve got A nice young defense.”