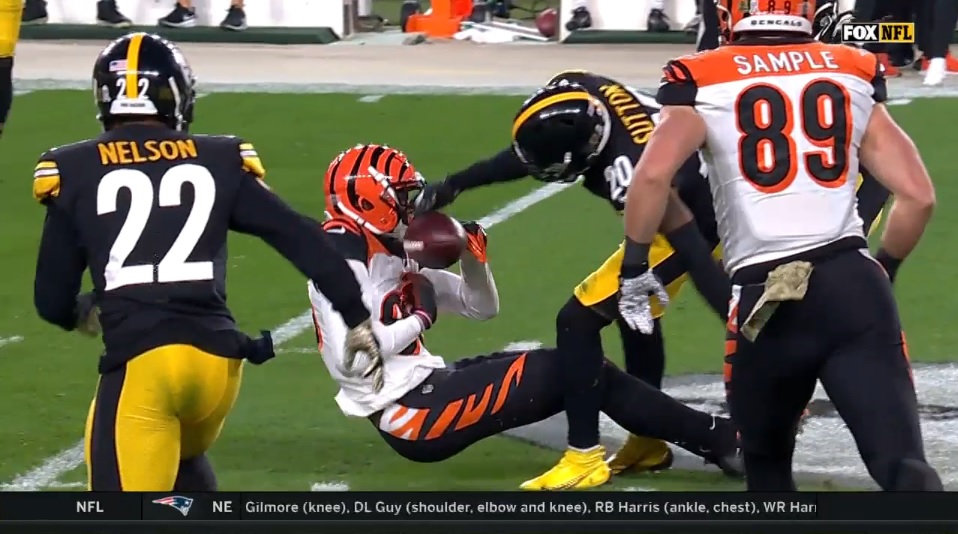 The Pittsburgh Steelers couldn’t have an offseason in which they lost Mike Hilton and Cam Sutton. Hilton looks as good as gone. But Sutton, thankfully, is staying. Yesterday, he signed a two-year, $9 million deal with the Steelers. That’s great for the Steelers. Great for Sutton.

Sutton was part of that strong 2017 class: TJ Watt, JuJu Smith-Schuster, Sutton, and then James Conner. But unlike Watt or Smith-Schuster, or even Conner whose production took shape by his sophomore season, Sutton’s pace was a little slower. He saw the field a decent amount in 2018 but his play always felt lacking. He was a decent cover corner who didn’t have a complete game and it was fair to wonder how much of a role he could actually have defensively.

But heading into 2019, the light came on. He greatly improved as a tackler, becoming more consistent, and was better against the run. Our training camp notes immediately took note of that jump.

“Cam Sutton: One of the most impressive players in all of camp, he’s grown in every area of his game. Run defense and physicality are the top two aspects of his game where he’s improved. Seeing a much more impactful hitter. He’s gotten work in dime packages, first as the dimebacker, then in the slot replacing Mike Hilton. Valuable depth and I think he’s turned the corner. Hard to know exactly how much he will play and in what packages but when he’s out there, he shouldn’t be a liability. Really impressive summer.”

He followed up that impressive 2019 with his best season in 2020. Making six starts, he picked off just one pass but forced three fumbles, all coming in back-to-back-to-back weeks. Reminder of what those plays looked like. Two of them were recovered by the Steelers.

Again, showing signs of being a more physical, impactful defensive back. That’s the Steelers’ mantra. Big plays. It’s what turned this defense around and frankly, it’s what gets you paid.

Entering 2021, Sutton has a true role and home on this defense, no longer a vague “chess/matchup” piece based on weekly gameplans. He’ll be the team’s slot cornerback, replacing Mike Hilton, and while the team can still move him around to some extent, it’s time for the team to let him grow in one spot.

Pittsburgh still has work to do. There’s still plenty of questions about this defense and even this secondary. The team will miss Hilton’s run defense and blitzing ability. Sutton is a clear downgrade in both of those areas. Sutton can no longer be the 6th DB, the dime defender, and I’m not sure who will man that role going forward. Perhaps second-year player Antoine Brooks Jr. Maybe someone not on this roster. But keeping Sutton brings a sense of calm and stability to the DB room that wouldn’t have existed had he left.