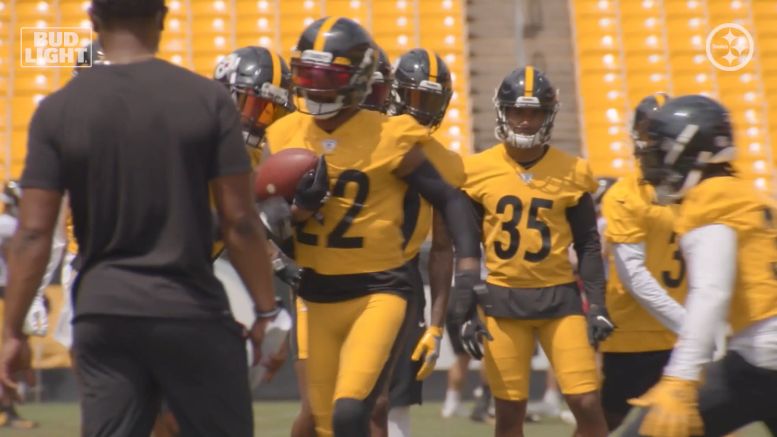 Question: Assuming Steven Nelson really is moved, how does this affect the Steelers’ view of the cornerback position as a draft priority?

While nothing has ever been made official—though Steven Nelson on social media has obviously strongly indicated it—the Steelers are expected to trade or release the veteran cornerback, really any day now. It was reported that the team gave Nelson permission to seek a trade.

The speculation is that it’s a move being made in order to save salary cap space, which will provide the team with about $7.5 million in cap relief once complete. But that also leaves the Steelers pretty thin at cornerback coupled with the loss of Mike Hilton.

If the season were to start today, Joe Haden and Cameron Sutton would be your starters in a 3-4 defense. Either Justin Layne or James Pierre would have to come in on the outside for their sub-package defenses, with Sutton moving into the slot.

It’s obvious that the Steelers need more depth at cornerback now, projected to lose two of their three starters from last season, and without a lot of experienced depth behind them in the first place. But how does this affect their draft strategy?