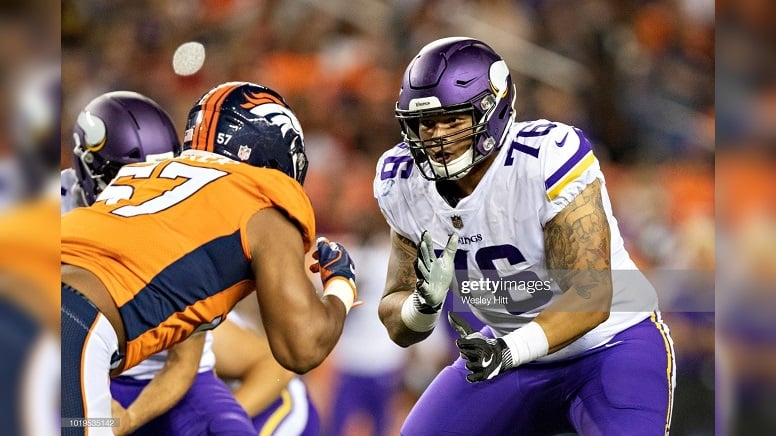 The Pittsburgh Steelers offseason roster grew by one player on Tuesday, the team has announced.

According to the Steelers on Tuesday, free agent offensive lineman Aviante Collins has now been signed to Reserve/Future contract. Collins reportedly had previously visited with the team near the end of January.

After going undrafted in the 2017, Collins, who played his college football at TCU, initially signed with the Minnesota Vikings as a free agent that May. He then made the team out of training camp and played in three games in a reserve role his rookie season.

Collins missed all the 2018 season after sustaining an elbow injury in practice in early September that year. He spent his second NFL season on the Vikings Reserve/Injured list. Just ahead of the 2019 season, Collins was waived by the Vikings and was quickly signed to their practice squad. He was promoted to the active roster on November 14, 2019 and dressed for two games that season.

Collins failed to make the Vikings 2020 roster out of training camp and spent most of the season on their practice squad. He was elevated for one game last season, however.

At the 2017 NFL scouting combine, Collins measured in at 6041, 295-pounds with 33 3/8-inch arms and 9 3/8-inch hands. He ran his 40-yard dash in Indianapolis in 4.81-seconds and did 34 reps on the bench. It will be interesting to see if the Steelers view Collins more as a tackle or a guard due to him not being a prototypical tackle size.

Collins reportedly lost a left guard battle with Dakota Dozier this past season during Vikings training camp. That’s another reason to think the Steelers might be looking at him as a guard. At the very least, Collins should have some position flexibility.

Collins comes from a track family and his father was inducted into the TCU Lettermen’s Hall of Fame as a 3-time Southwest Conference championship sprinter. His brother was a two-time All-American sprinter/hurdler for the Horned Frogs as well.