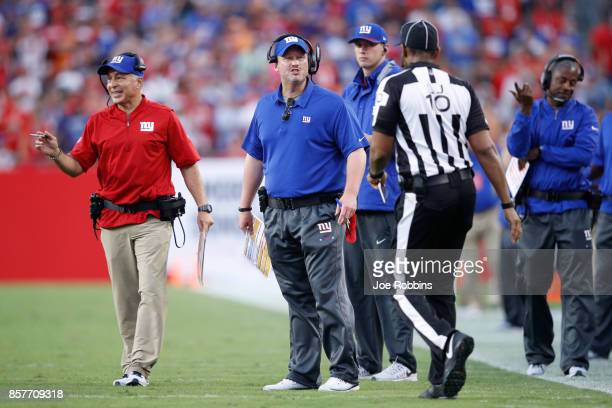 Its sounds like the Pittsburgh Steelers have settled on a new quarterbacks coach now as Mike Garafolo of the NFL Network is reporting on Thursday that the team is hiring longtime NFL assistant Mike Sullivan for that position.

The #Steelers are hiring longtime NFL assistant Mike Sullivan as their QBs coach, sources say. It’s a role he had with the #Giants and #Broncos. So Eli Manning’s former QB coach will now work with fellow ‘04 draftee Ben Roethlisberger (assuming Ben returns, of course).

Sullivan’s most recent NFL role came in 2018 as the quarterbacks coach of the Denver Broncos. Sullivan, 53, has been a long-time NFL coach, originally breaking into the pro ranks in 2002 with the Jacksonville Jaguars. He spent most of his pro coaching career with the New York Giants, serving as their wide receivers coach from 2004 to 2009 before switching to quarterbacks coach for 2010 and 2011. He had a second stint with the Giants from 2015 to 2017, spending the first year as the quarterbacks coach and the next two as the team’s offensive coordinator.

Sullivan, who was also the offensive coordinator for the Tampa Bay Buccaneers in 2012 and 2013, was most recently hired to be Army’s Director of Recruiting. A West Point grad, he had previously coached Army football in the late 90s.

Sullivan will now oversee a Steelers quarterback room in 2021 that figures to include Ben Roethlisberger, Mason Rudolph, and Dwayne Haskins. The team might also add another quarterback via the draft or free agency in the coming weeks or months. He fills the position that Matt Canada held last season. Canada was promoted to offensive coordinator recently after the team decided not to renew the contract of Randy Fichtner.

The Steelers have yet to make the hiring of Sullivan official as of the time of this post. That announcement could come later Thursday or on Friday.

Below is Sullivan’s bio from the Broncos 2018 media guide:

He served as offensive coordinator for the Giants the last two seasons under Head Coach Ben McAdoo. In 2017, he took over offensive play calling for the team in Week 6 and continued that responsibility through the remainder of the year.

In his first season as offensive coordinator for the Giants in 2016, the team finished 11-5. Quarterback Eli Manning recorded his fifth 4,000-yard season under Sullivan and wide receiver Odell Beckham Jr. ranked third in the NFL with 1,367 receiving yards. Before his second stint with the Giants, Sullivan spent two seasons (2012-13) as offensive coordinator for Tampa Bay.

Sullivan won two Super Bowls—XLII (2007) and XLVI (2011)—during his first eight seasons with the Giants from 2004-11. He coached wide receivers for six seasons before being elevated to
quarterbacks coach from 2010-11.

In the Giants’ 2011 Super Bowl season—Manning’s second year working with Sullivan—the quarterback achieved career highs in passing yards (4,933) and yards per attempt (8.4). In New York’s four playoff games, Manning averaged more than 300 yards per contest and finished the postseason with nine touchdowns against just one interception.

As wide receivers coach for the Giants from 2004-09, Sullivan worked with a pair of 1,000-yard receivers in Plaxico Burress (2005, ’07) and Steve Smith (2009). Sullivan began his NFL coaching career in Jacksonville as a defensive quality control coach in 2002 and an offensive assistant in 2003.

He coached for eight seasons in the collegiate ranks, beginning with a graduate assistant post at Humboldt State University in 1993. He coached linebackers at his alma mater, Army, from 1995-96 before moving on to coach defensive backs at Youngstown State University from 1997-98.

Sullivan returned to Army to coach defensive backs from 1999-2000 and then worked for one season as defensive backs coach at Ohio University before making a move to the NFL.

A former defense back at Army, Sullivan is a graduate of the U.S. Army Airborne, Ranger and Air Assault schools. He was born on Jan. 28, 1967, in Santa Maria, Calif.