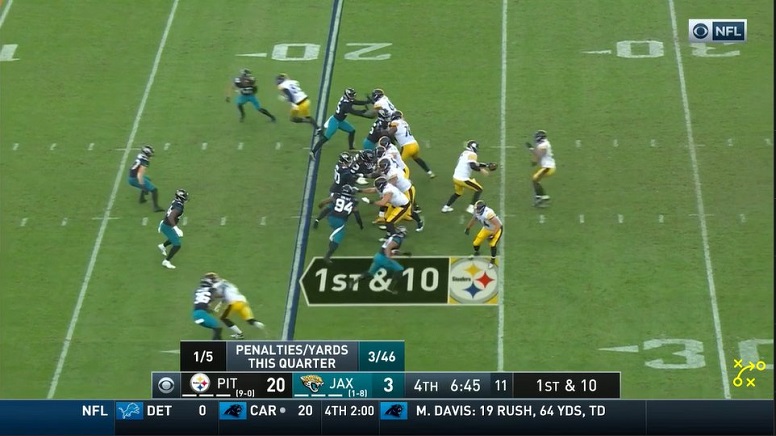 Assuming Pittsburgh Steelers quarterback Ben Roethlisberger is back for an 18th season, he’ll have a new offensive coordinator in 2021 in Matt Canada, who was the team’s quarterbacks coach in 2020. With that change, it will certainly be interesting to see if Roethlisberger starts to utilize more play-action than he has in previous years, in addition to taking more snaps under center like he did in his younger years.

“He [Roethlisberger] also hates playing under center, never wanting to turn his back to the defense, thus eliminating the play-action passes that might help the Steelers’ offense make chunk plays down the field,” Lombardi wrote in his latest post on Roethlisberger. “Over the last six games of the season, Roethlisberger averaged 5.98 YPA, had 13 touchdowns with nine interceptions and 13 plays of more than 25 yards passing. Five of those plays came in the playoff game against the Browns when the Steelers were trailing. Over this span, the Steelers scored 133 points, with 28 coming in a comeback win over the Colts and 37 in the playoff loss to the Browns. In the other four games, the Steelers’ offense scored 68 points total, averaging 17 points per game.”

Last season, according to Pro Football Focus, Roethlisberger was 34 of 58 for 304 yards with a touchdown when utilizing play action. That was the lowest amount play action pass attempts by quarterback last season that started at least 10 games.

Midway through the 2020 season, now-former Steelers offensive coordinator Randy Fichtner talked some about the lack of play action used and how Roethlisberger seemingly isn’t a big fan of using it.

“Every week, we evaluate what can be done from a play action standpoint, from a protection standpoint of Ben Roethlisberger first,” Fichtner told reporters via a team transcript. “He is going to always be most comfortable in drop back pass. He can see in front of him. He can see his sides. He can be prepared for sight adjusts and hots and things like that. Some of that is his comfort level.”

The Steelers haven’t had much of a running game the last several seasons and the team is hoping to change that in 2021. We might also see Roethlisberger use more pistol with Canada as the team’s offensive coordinator as an alternative to shotgun as well. The Steelers can still use play-action and heavy motions out of pistol and perhaps that might be just what Roethlisberger needs if he’s so uncomfortable using it when taking snaps from under center.