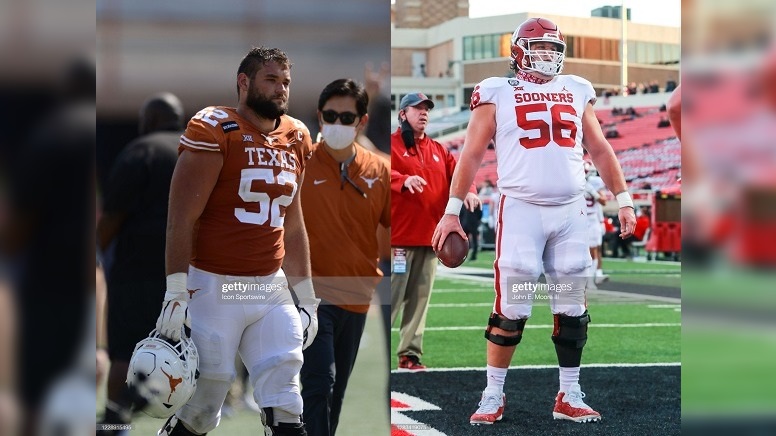 Pro Football Focus released a new 2021 mock draft on Monday and this time Anthony Treash is the one behind it and it is a two-rounder at that. Treash, however, did have a bit of a disclaimer in his post forward in which he stated that his mock is what he would do if he ran all 32 teams as opposed to what he thinks each team might do.

For the Pittsburgh Steelers first of two selections in his latest mock, Treash has them selecting Texas tackle Samuel Cosmi at 24th overall and below is his reasoning behind that choice.

Pittsburgh is cap-strung this offseason and will likely watch its starting left tackle, Alejandro Villanueva, walk away. Cosmi would be a great candidate to replace him.
He was excellent in his first two years starting at tackle for the Longhorns in 2018 and 2019, earning PFF grades of 79.7 and 83.9, respectively. This year, he took his play to elite status, earning a 90.5 PFF grade in the process. When projecting offensive linemen from college to the NFL, we at PFF like to isolate their performance to true pass sets (i.e., no play action, screens, rollouts, RPOs, quick throws, three-man rushes). On those plays, Cosmi was the sixth-highest-graded tackle in the FBS this season. He has incredible movement skills for the position and should be able to handle NFL quicks a lot better than most prospects.

Cosmi, who is listed at 6’7″, 309-pounds on the Texas team website started in 34 of the 35 possible games during his college career. He decided a few months ago to declare for the 2021 NFL Draft as an underclassman. A Texas native, Cosmi earned second-team All-Big 12 honors and was honorable mention for the Big 12 Offensive Lineman of the Year this past season. He had 21 starts at left tackle during his college career and 13 others at right tackle, which all came in 2018.

Below is the scouting profile of Cosmi that Alex Kozora put together several weeks ago.

As for Treash’s second mock selection for the Steelers at 55 overall and in the second round, it is Oklahoma center Creed Humphrey and below is his reason for giving Pittsburgh yet another offensive lineman.

With the retirement of Maurkice Pouncey, Pittsburgh is in the market for a new center and Humphrey would be a great fit. Humphrey displayed great hand usage throughout his time at Oklahoma and clearly has the strength to hold up at the next level. But he does come with some baggage, like any prospect at this point in the draft. As PFF’s Mike Renner indicated in his interior offensive linemen prospect rankings, Humphrey has a hard time playing with leverage. And his performance against stud interior defenders in the past like Bravvion Roy in the 2019-20 Big 12 Championship does him no favors.

By now, many of you reading this mock draft probably already have a good idea about who Humphrey is. He measured in at the Senior Bowl several weeks ago at 6045, 312-pounds with 31 3/4-inch arms. At Oklahoma, Humphrey played in 39 total games and started all but two of them at center. According to PFF, he did not allow a sack in his final two seasons of play.

Below is the scouting profile of Humphrey that Tyler Wise put together several weeks ago and he has the Oklahoma product being drafted somewhere in the middle of the second day.