When Matt Canada was hired to be the Pittsburgh Steelers’ quarterbacks coach in 2020, we wrote an offseason post detailing some of his ideals from a 2012 coaching clinic after being named Wisconsin’s QB coach/offensive coordinator. Now that Canada has been promoted to OC in Pittsburgh, it’s time to take a deeper dive into what to expect from him.

There’s two clinics we’re learning from. That 2012 clinic and an appearance at a 2017 LSU High School coaching clinic after being named OC there. We don’t have access to all his notes from the clinic but there’s still plenty of information.

Let’s break down what kind of coach Matt Canada is.

If you had to describe Canada’s overall coaching philosophy, to be fair, this isn’t unique to him, it’s the idea of playing simple, playing fast, and not making guys think too much.

“My offense is simple,” Canada reportedly said in a 2017 clinic as highlighted by LSU’s SB Nation site. “You keep your offense simple, and you do it better than everybody else.”

His goal is to dress up his base concepts in a variety of different ways. Defenses are forced to anticipate for anything and everything. For Canada’s offense, even if things look different with various personnel groupings and formations, the plays are the same. That lets his offense play faster than the defense.

“We want playmakers who want the ball in their hands,” he said.

A sentiment any coach should have but when it comes time to making your 2021 mock draft, do it with playmakers in mind.

Canada ran a few trick plays throughout his OC career, as almost every coach does, but said he’s generally against the idea. However, he said if you use valuable practice time to run them, you better call them in-game.

“I’m not a big trick play guy, but don’t practice them if you’re not willing to call them.”

I may write about this more in a separate post but Canada seems to be a fan of running pistol. A hybrid between working under center and shotgun with the QB aligned four yards behind center with the running back behind. Prior to 2020, Pittsburgh really only used pistol as a last resort, often when Ben Roethlisberger was hurt and mobility greatly limited (even more than usual) despite Mike Munchak saying he liked running pistol. But in 2020, the Steelers seemed to use it a little more as a base part of their offense.

Canada described the benefits of using pistol. He says any run done from under center can also be done out of pistol. His three basic pistol runs are: power, inside zone, and pin and pull. All three concepts the Steelers utilize right now.

He says his offenses have only a few base runs out of pistol and run playaction off it. Canada also says he won’t boot or run nakeds out of pistol, which is probably a good thing if you’re Ben Roethlisberger. Using pistol seems to be a great compromise between what Canada wants (downhill run game, more playaction) to what Roethlisberger wants (being away from center). 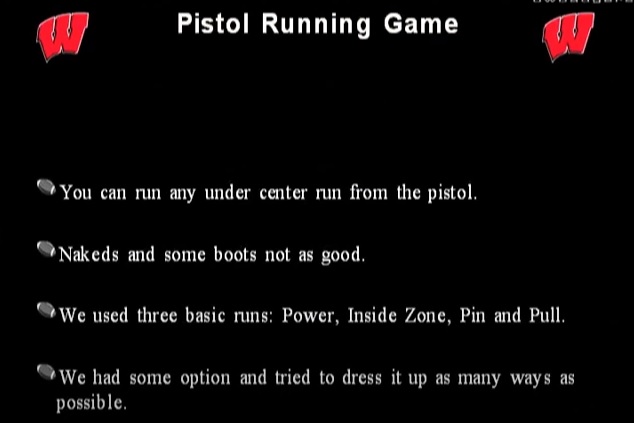 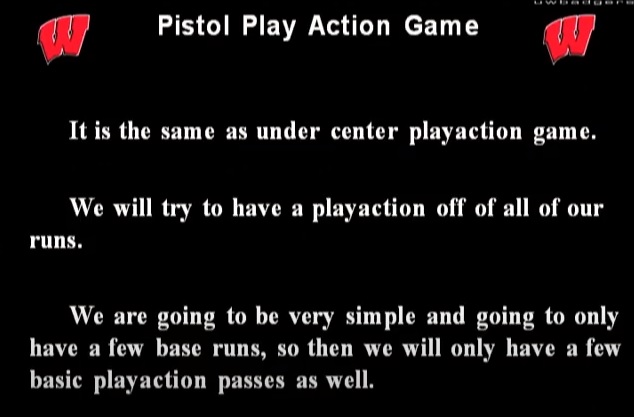 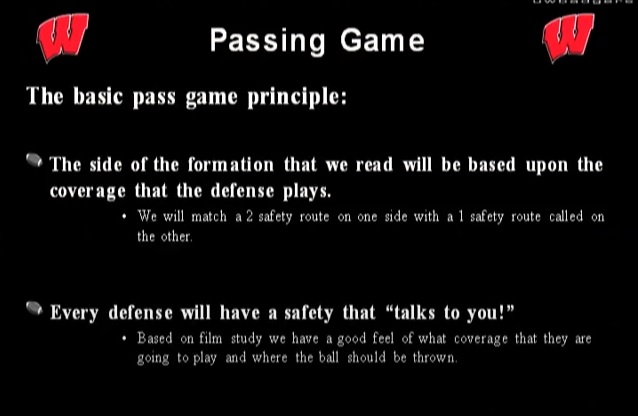 MOFO coverage is Cover 2 or Cover 4. MOFC coverage is Cover 1 or Cover 3. Canada teaches his quarterbacks to read the field side safety. He’s the one who most often “talks,” or clues the QB to what coverage he’s getting based on body language and alignment. 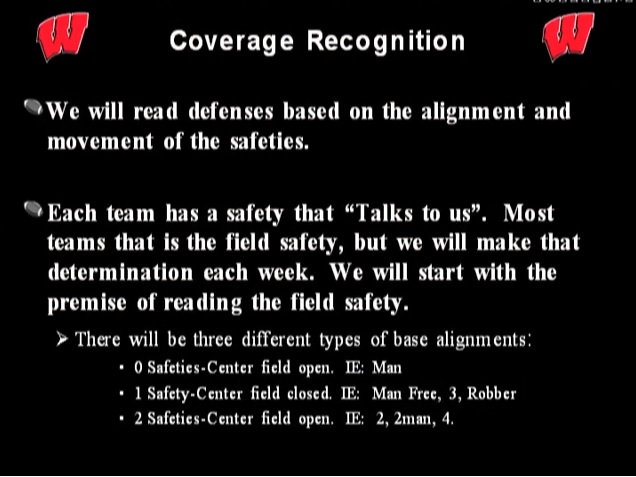 Canada says he prefers to run “concepts” in the passing game, signaling more intertwined route combinations than maybe what the Steelers ran under Randy Fichtner or even Todd Haley where routes often felt independent of each other and relied on the WR outright winning with his physical skillset. This could also create more half-field reads for his QB, a benefit to any young/new face who replaces Ben Roethlisberger. 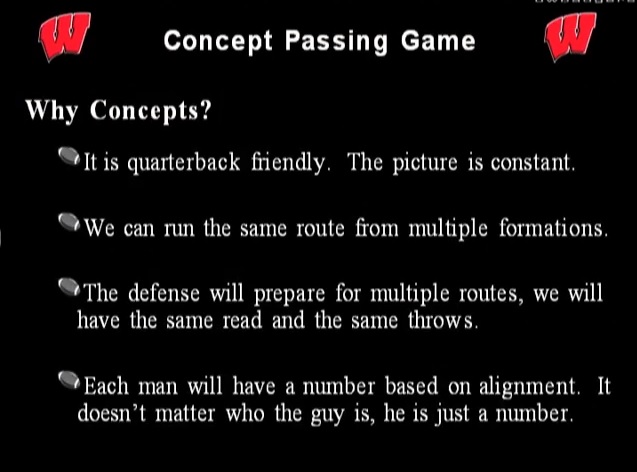 Here’s an example Canada showed in his clinic tape. Three receiver spacing concept to the top. Half-field read for the QB (he can throw to the backside X if he has a favorable look, too). With the RCB playing off, the QB hits the WR on the out for an easy completion and YAC after the catch.

His philosophy is simple. Don’t do too much. Don’t reinvent the wheel. Match routes to coverage and let your QB make the right read. Expect lots of three-man “triangle” reads in Canada’s offense.

Canada also dedicated clinic time to what he’s looking for in a QB. This matters less for Ben Roethlisberger and moreso for the guys behind him, especially Dwayne Haskins, and any rookie who gets drafted while Canada is on staff. Canada believes a quarterback must be a “gym rat” and leader of the team. An expert on what everyone on offense is doing. 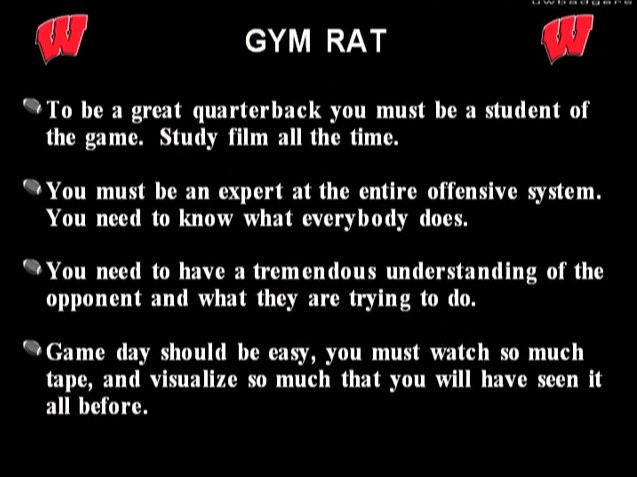 More specifically, he wants his QBs to complete passes. That’s his #1 goal. So you can surmise accuracy is vital to any QB running his offense. He also wants QBs to make “RACK” throws which is what he calls “run after catch,” Putting the ball on the receiver not only so he can catch it but make a play after catching it. 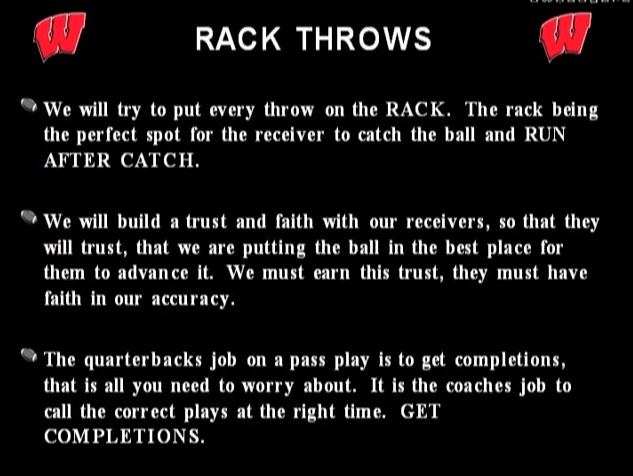 He also makes a point for QBs to carry out great fakes even on run plays. Peyton Manning was great at this. That makes handoffs and actual boots/playaction look the same. And if defenses get lazy and don’t respect the QB fake, Canada boot and make the defense pay. 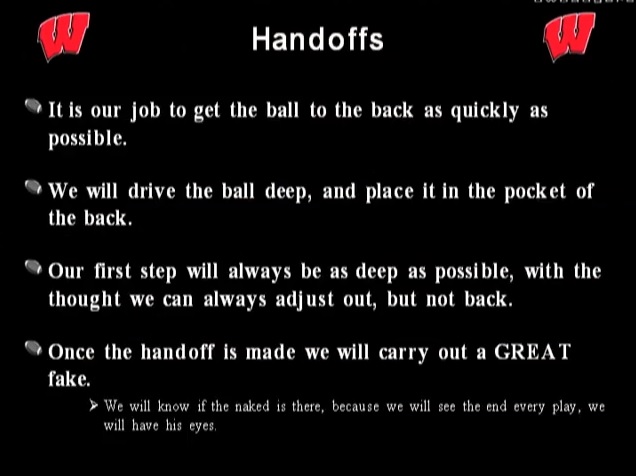 He also says he uses a QB cam in practice to review a QBs feet and progressions from exactly what he’s seeing. I don’t believe the Steelers used these in training camp before so if we return to St. Vincent in 2021, we’ll look out for it. 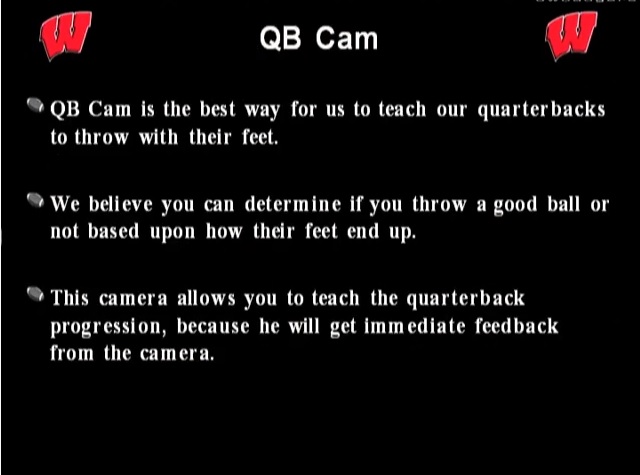 Here’s some of the other slides Canada had. 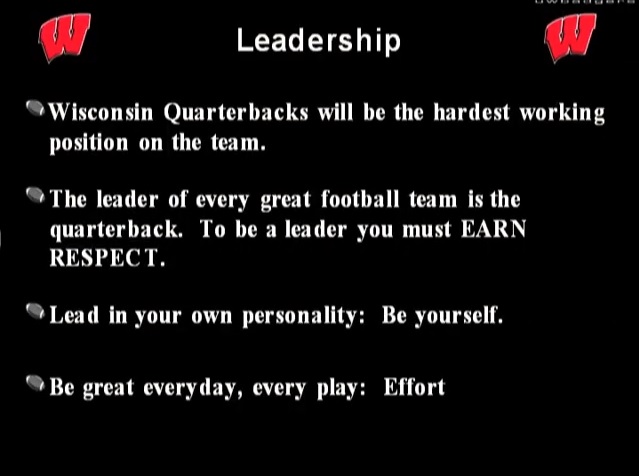 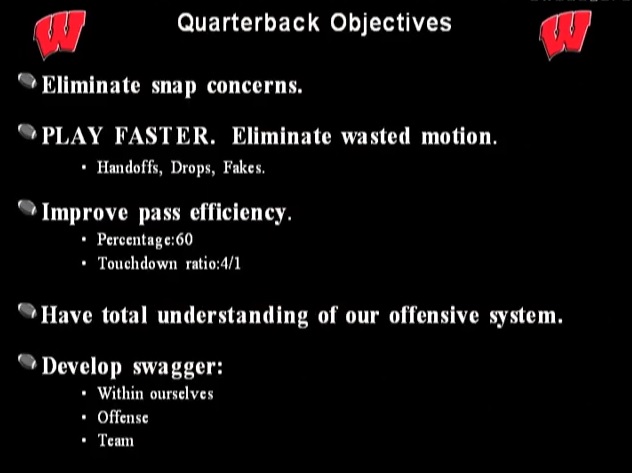 Outside of running pistol more, I’m not sure anything in this clinic is groundbreaking information. But it’s a look behind the veil we don’t often get with Steelers’ coaches. And we have a solid understanding of the foundation of Canada’s offense.