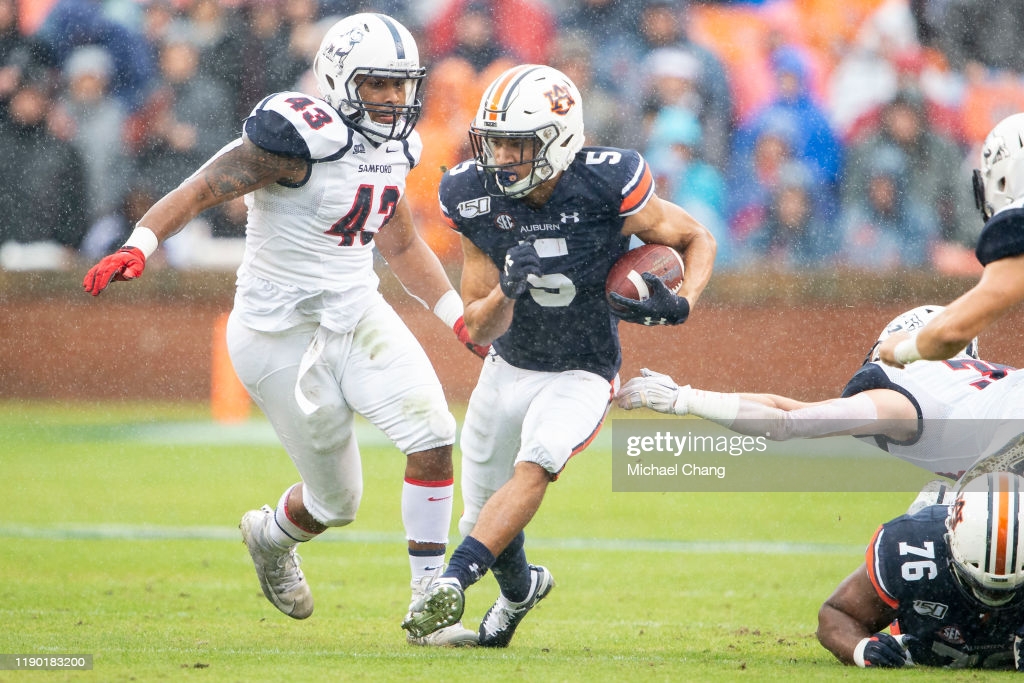 With draft season still impacted by COVID, most teams will interact with prospects virtually. We know at least one player the Pittsburgh Steelers have met with or will meet with virtually before April’s main event. According to this tweet from Justin Melo, WR Anthony Schwartz has an interview with the team.

#Auburn WR Anthony Schwartz has the deep speed (former track star) to take the top off the defense. A versatile WR that can play both inside/outside.

He has met/will meet virtually with the #Patriots, #Seahawks, #Steelers, #Jets, #Chargers, #Colts, #Saints and #Titans.

It’s unclear if the meeting has happened or will occur in the future.

In 2020, Schwartz caught 54 receptions for 636 yards and four touchdowns for the Tigers. A junior, he declared for the draft on January 2nd.

In three years at Auburn, he caught 117 passes for 1433 yards (12.2 YPC) with six touchdowns. Listed at 6’0, 179 pounds, Schwartz is best known for his sprinters speed. In addition to playing football in high school, he set a world youth record with a 10.15 time in the 100 meter dash at the 2017 Florida Relays. The following year he was named Gatorade’s track and field athlete of the year. He won the gold medal in the 4×100 relay at the 2018 IAAF U20 in Finland. All that speed earned him the nickname, “The Flash.”

Here’s the video Gatorade put together after naming him their track athlete of the year.

He’ll have to translate that track speed to the NFL level. Schwartz is projected to be Day Two pick in the 2021. Draft Tek has him ranked as the #92 prospect and 9th best wide receiver. Kevin Colbert has drafted a WR in all but three years since running the Steelers in 2000. Pittsburgh is likely to draft another this year especially if JuJu Smith-Schuster leaves in free agency.

Look for a full report on Schwartz before the draft begins.