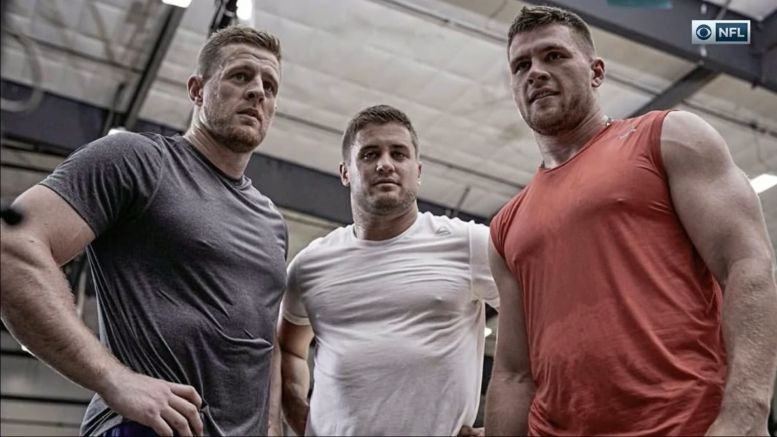 Question: How much would J.J. Watt have to be willing to leave on the table in order to play with his brothers in Pittsburgh?

With the news yesterday that J.J. Watt and the Houston Texans mutually parted ways, obviously Steelers fans are abuzz, the seemingly unimaginable scenario of reuniting him with his two younger siblings—fullback Derek Watt and outside linebacker T.J. Watt—now a step further from unreality.

Even though it is rather unlikely to happen, that’s not going to stop Steelers fans—or us—from talking about it in the hypothetical. And a major part of that hypothetical involves J.J.’s willingness to take a substantial cut in pay in order to play with his brothers.

Because that is what would have to happen in order for him to join the Steelers. Lest we forget, they already have Cameron Heyward and Stephon Tuitt, and neither of them are moving to outside linebacker. Watt is still a prime player in 2021, among the best at his position.

Perhaps he would be willing to take less to make this dream happen. But how much less? And what defensive role would he be willing to accept—or what accommodations would the Steelers have to make in order to bring him in? It’s not like they’re going to trade or release Heyward or Tuitt.

So barring something rather unforeseen, the question remains hypothetical: how much money would J.J. Watt have to be willing to leave on the table in order to join his brothers in Pittsburgh?