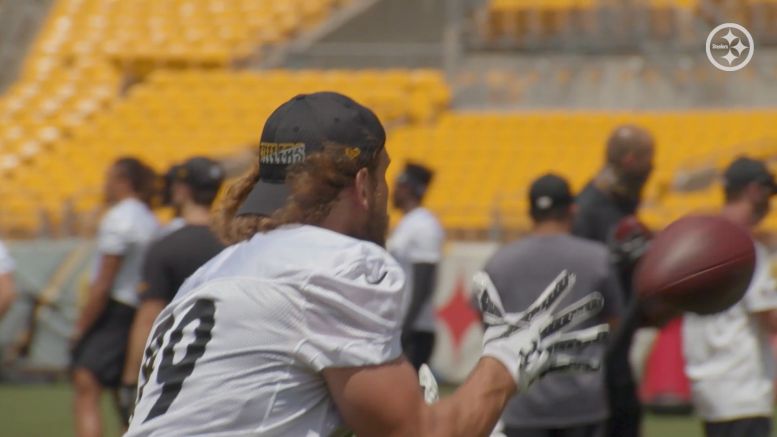 It’s not often that you see a significant amount of change for a team that had just gone 12-4 and won their division, but this isn’t an ordinary year, nor are the circumstances ordinary, either in the Pittsburgh Steelers, in the NFL, or even the world right now.

I’m sure all of those factors come into play when you consider how many changes we have already been made aware of so far in the early portions of this offseason within the Steelers organization, and we got another announcement yesterday, with veteran tight end Vance McDonald announcing that he would be retiring.

In the true Chuck Noll spirit, in fact, he is moving on to his life’s work, beginning a ministry, and he told reporters yesterday that he has known for some time now that the 2020 season would be his last, since around the time the pandemic hit, which really kicked their plans into high gear.

“I’ve known this for about a half a year, maybe a little bit more than that, that this was going to be the last year, and it really all just came down to feeling that call to go ahead and just step away from football and spend full-time into the farm and our project, Hidden Meadow Farm & Retreat, that we’re very, very excited about”, he said.

“I always knew that this was gonna be the last one, and I took it for what it’s worth and all of its appreciation”, he added, acknowledging how much he is going to miss the game and his teammates. “Last home game, last possible home game, last away game, etc., etc. It was a fun, long journey, this last season, especially with all the success we had earlier”.

An eight-year veteran, McDonald was originally drafted by the San Francisco 49ers. They signed him to a second contract in 2017, but then traded him to the Steelers in August of that year, who inherited his deal, and he played the past four seasons here, with a breakout 2018 season. He merged into a blocking role this past season in giving way to Eric Ebron as the receiving tight end.

“I always knew, pretty much from late Spring, that this was gonna be the last one, and that we were in a position to move forward with all of our energy and all of our strength to get this thing up and running”, the 30-year-old concluded.

Given the salary cap situation, McDonald was going to be high on the risk scale in terms of potentially being a salary cap casualty, but apparently the Steelers never had to worry about that in the first place, because he had all along intended for this to be his last season before moving on to, what he would no doubt argue, is bigger and better things.