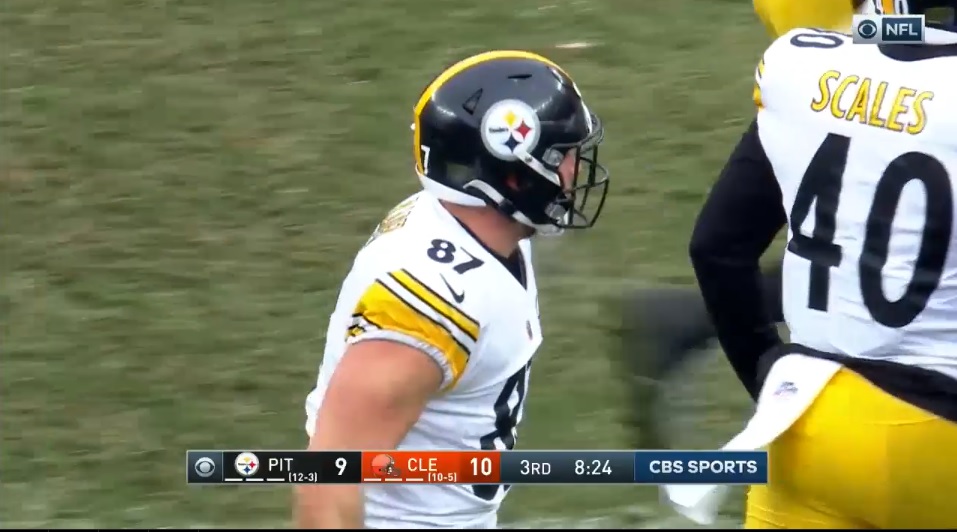 It’s now officially Super Wild Card week and ahead of the Pittsburgh Steelers hosting the Cleveland Browns on Sunday at Heinz Field, the team turned in their four protected practice squad players on Tuesday.

The Week 18 list is similar to the one the team had in Week 17. The Steelers four protected practice squad players for Super Wild Card week are wide receiver Deon Cain, kicker Matthew Wright, tight end Kevin Rader and running back Wendell Smallwood. Three of those four players, Cain, Wright, and Rader, were elevated for the team’s Sunday road season finale game against the Browns and all three dressed for the contest and played.

On Tuesday, Steelers head coach Mike Tomlin had positive things to say about the play of two of those four players, Rader and Wright.

“We did get some quality contributions from people in expanded roles,” Tomlin said. “Guys like Kevin Rader had an opportunity to step up and play. I think he had three tackles on kickoff. For an offensive player to have that type of contribution in net, in a coverage unit I think was impressive. That’s good for him. That’s good for us as we move forward. Hopefully it produces some difficult challenges for us in terms of selecting who to utilize this weekend.”

Rader, as Tomlin said played well on special teams on Sunday against the Browns. Additionally, Rader seemingly blocked well on the few offensive snaps he played in Cleveland. He did have a drop in the game on his lone target, however.

As for Wright, who kicked against the Browns in place of injured kicker Chris Boswell, who was inactive on Sunday, Tomlin also had positive things to say about him on Tuesday as well.

“I’m comfortable with [Matthew] Wright,” Tomlin said of the young kicker. “He is putting the ball through the uprights and that’s job one. We’ll support him in the kickoff coverage area with quality coverage if need be.”

It’s still way early in the week and thus hard to tell if the Steelers will need to elevate any of their practice squad players to the team’s active/inactive roster on Saturday. A lot can happen between now and Saturday.