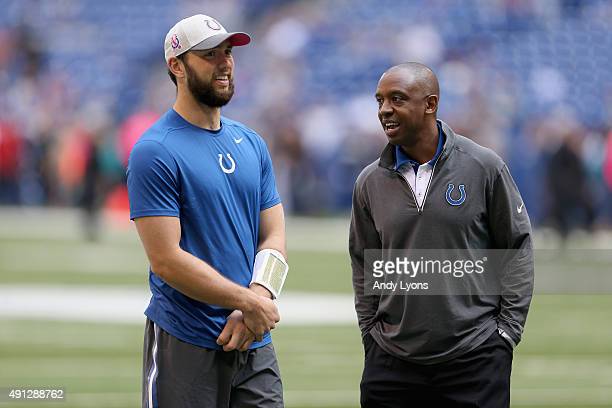 I'm told #Chargers QB coach Pep Hamilton has been informed the #Steelers are putting in a request to interview him for the OC job, per source.

Hamilton was one our list of six potential offensive coordinator hires we wrote the day after the team parted ways with Randy Fichtner. Here’s what we wrote:

“A name whose already making the rounds for OC interviews after the fantastic rookie season Justin Herbert had. He’s younger than Bevell and Gruden but comes with plenty of experience. He began his coaching career with Howard University in 1997 after playing there in college (I don’t think Tomlin’s William & Mary teams ever played each other but…maybe?)

He got his start in the NFL with the Jets in 2003. His first OC job was coaching Andrew Luck for his final year at Stanford before getting the Colts’ OC gig in 2013. He’s worn a lot of hats since, including being head coach/GM of the short-lived XFL D.C. Defenders. He circled back to the NFL and the Chargers for the 2020 season.

Though I can’t find any clear moments where Hamilton and Tomlin’s paths crossed, Hamilton spent two years at Michigan as the assistant head coach/passing game coordinator. Tomlin is a frequent visitor of Schembechler Hall and attended the 2017 Wolverines’ Pro Day. Lot of downtime to talk with coaches and pick their brain (for example. Tomlin met current Steelers’ coaching assistant Denzel Martin at a Missouri Pro Day).”

Most recently, Hamilton coached QB Justin Herbert to an impressive rookie season. Herbert threw for over 4300 yards and 31 touchdowns in 2020.

Hamilton served as the Indianapolis Colts’ offensive coordinator from 2013 to November of 2015, when he was fired. Since then, he’s worked with the Cleveland Browns, Michigan Wolverines, and briefly ran the XFL’s D.C. Defenders before the league folded.

In addition to Hamilton, the Steelers have interviewed QBs coach Matt Canada and Hue Jackson for their offensive coordinator vacancy.