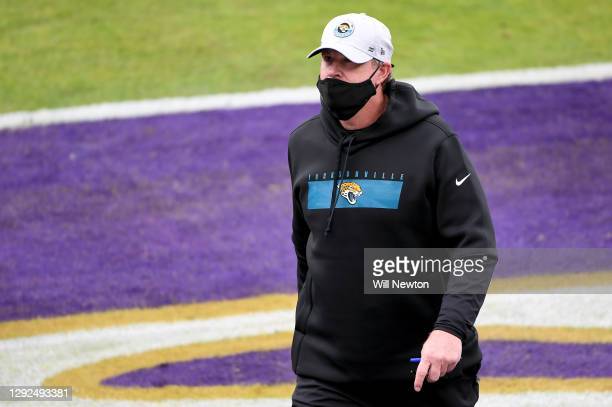 As announced yesterday, the Pittsburgh Steelers have moved on from offensive coordinator Randy Fichtner. Unlike the transition from Todd Haley to Fichtner, the successor is harder to predict. The Steelers may be shaking the status quo and looking for an out-of-house hire. Whoever they hire certainly won’t be as obvious a choice as Fichtner.

This is all speculation but here are six options the Steelers could consider. They’re not listed in any particular order.

The obvious choice if the team wants to stay in-house. Canada is a blend of a known coach, being in the building and part of the team for a year, while being the young, innovative hire teams gravitate towards.

His influence on the offense was almost immediately evident. At times, a college feel with jet sweeps, wide receiver runs, and windback counters. He brought more motion to this offense than the last several years and even though its usage faded late in the year, he vaulted the Steelers into the top ten. Mason Rudolph showed improvement too in his lone start of the season and it was important for the team to have a guy like Canada to be a dedicated position coach after Fichtner pulled double-duty his first two years.

Promoting Canada would be rocking the boat without tipping it over. It’s also a way to keep him in town. Canada is getting OC looks in Miami and somewhere soon enough, probably leaves to become a coordinator unless the team promotes him.

This is under the assumption Bevell doesn’t actually become the Lions next head coach. He’s still in the running for Matt Patricia’s gig and though he went 1-4 replacing him this year, the general consensus was Bevell made the most of a bad situation.

But with a new GM hired, there’s a strong chance the organization cleans house and Bevell is searching for a new job. If the Steelers don’t go in-house with Canada, an out-of-house coach with a long resume makes the most sense and is probably the best fit for Ben Roethlisberger. Bevell is a three-time OC. First with the Minnesota Vikings from 2006-2010, the Seattle Seahawks from 2011-2017, and the Lions from 2019 to present day. He also served as the Green Bay Packers’ QB coach from 2003-2005, meaning he’s worked with great QBs like Brett Favre, Russell Wilson, and Matthew Stafford. So he knows what it’s like to work with high-level signal callers. Favre and Stafford certainly share some traits with Roethlisberger, too.

Often, Tomlin’s hires have some sort of previous tie-in. That’s common – coaching is all about relationships. Even the Steelers’ strength and conditioning coach worked with Tomlin prior to Pittsburgh hiring him. And there’s a connection between Tomlin and Bevell. Bevell was the Vikings’ OC in 2006, Tomlin’s lone year as the Vikings’ DC.

Of course, Bevell is infamously known for throwing the ball on the two-yard line in the Super Bowl against the Patriots and the ensuing interception by Malcolm Butler.

More broadly, Bevell is known as a run-minded offensive coordinator. Potentially to a fault; he received plenty of criticism for it with Wilson in Seattle. He made that clear in his time with Seattle in 2016.

“We’re a running team, running philosophy, so we know that to hand the ball to the running back 25, 30 times is exactly how we want to play the game. You can still throw the ball in that, you just have to protect the ball, be smart with it and that’s what we plan on doing.”

In Pittsburgh, it’s unlikely he’d implement quite that heavy of a run-first approach. But the Steelers are a unit desperately looking to run the ball better and you can expect a large focus of their offseason moves to reflect that.

At least, the Jags’ OC for now. Urban Meyer has been hired and it’s highly likely Gruden is on his way out. Again, we look towards some basic Tomlin connections. Gruden and Tomlin worked on the Buccaneers’ staff from 2002 to 2005. Gruden as an offensive assistant, Tomlin as the DBs coach.

Gruden served as the Bengals’ OC from 2011 to 2013, helping lead them to winning seasons every year. In 2010, the offense scored 322 points, ranking 22nd in the league. By 2013, they scored 430, 6th in football. Gruden was named Washington’s head coach in 2014 but didn’t have much success there, floating around .500 before an 0-5 start in 2019 got him canned. But even there, the offensive production picked up. In his first year, they were 26th in points. The next season, they leapt into the top ten.

Though not known for transforming an offense’s run game, he worked with UDFA James Robinson in Jacksonville this year. Under Gruden, Robinson had the most productive season of any undrafted RB in history.

Gruden’s known to run a West Coast-style offense. That may keep Roethlisberger under center more than what he’d like (though even WCO’s have evolved, this isn’t Mike Holmgren in Green Bay anymore) but it has a focus on fundamentals and getting the ball out quick.

“It’s a West Coast offense. I think the Grudens have their own patent on their own version of the West Coast offense because they built it so well. But it’s based on running the ball effectively. They’re very physical up front, and three-step, controlled passing. The ball comes out quickly and it’s really hard to get to the quarterback. It’s based on probably a quick read and the ball’s out quick.”

In that same article, Tomlin praised Gruden as a coach who keeps you off-balance.

“I’m not going to speak specifically to his offense because I don’t know what he intends to do in D.C. But in Cincinnati, he utilized his personnel well. He’s a thoughtful guy, he keeps you off balance. He’s a good, fundamental football coach.”

The downside is hiring Gruden has a bit of a Todd Haley vibe. A fiery coach who might not have the best relationship with his players. And Gruden has been in the news for the wrong reasons before, just like Haley. But if you care about on-field product, Gruden makes this offense better.

A name whose already making the rounds for OC interviews after the fantastic rookie season Justin Herbert had. He’s younger than Bevell and Gruden but comes with plenty of experience. He began his coaching career with Howard University in 1997 after playing there in college (I don’t think Tomlin’s William & Mary teams ever played each other but…maybe?)

He got his start in the NFL with the Jets in 2003. His first OC job was coaching Andrew Luck for his final year at Stanford before getting the Colts’ OC gig in 2013. He’s worn a lot of hats since, including being head coach/GM of the short-lived XFL D.C. Defenders. He circled back to the NFL and the Chargers for the 2020 season.

Though I can’t find any clear moments where Hamilton and Tomlin’s paths crossed, Hamilton spent two years at Michigan as the assistant head coach/passing game coordinator. Tomlin is a frequent visitor of Schembechler Hall and attended the 2017 Wolverines’ Pro Day. Lot of downtime to talk with coaches and pick their brain (for example. Tomlin met current Steelers’ coaching assistant Denzel Martin at a Missouri Pro Day).

Some have called Kromer one of the most underrated coaches in football even if Sean McVay gets much of the credit for the Rams’ success. Pittsburgh is serious about returning to their run-game roots and Kromer would fit that bill. A former offensive line coach, he and Tomlin worked together for one year in Tampa Bay.

Kromer also has an offensive coordinator resume, running the Chicago Bears from 2013 to 2014. He had plenty of success in ’13 before things fell off a cliff the following season and the coaching staff got dumped. In his first two years as offensive line coach/run-game coordinator for the Rams in 2017-2018, LA ranked third in yards per carry and top ten in every main rushing category. Things soured after that but Todd Gurley’s knees gave out and the o-line was ravaged by injuries.

Not only do the Steelers need a new OC, they need a new run-game coordinator. That had been held by the likes of Mike Munchak and Shaun Sarrett. And Kromer can make an impact there. While the Rams were a inside/outside zone heavy run scheme for the last several years, they’ve been more versatile this season. And until 2020, the Rams operated exclusively out of 11 personnel so Kromer understands the idea of running the football without all your “big people.” That’s helpful for a Steelers’ offense that operates primarily out of three-receiver sets.

Throughout his coaching career, he’s worked with tight ends, running backs, the offensive line, been an OC, and the Saints’ interim head coach while Sean Payton served his suspension for Bountygate. He’s a guy whose seen the big picture, important perspective for a coach commanding an entire unit.

Kromer though, I’d imagine, would need to be heavily vetted by the team. He’s not without past controversy. He admitted to leaking an NFL Network report highly critical of Bears’ QB Jay Cutler in 2014. More unsettling, in 2015, Kromer was arrested for assaulting a boy, accused of pushing him to the ground and punching him in the face. Chargers were soon dropped at the parents’ request but he was suspended for six games.

Clearly, the NFL has given him a second chance and he’s made the most of it.

Give the assist to Dave Bryan for suggesting this one yesterday.

While older, Jim Caldwell and Mike Tomlin are also close. Not thinking that should be the choice, but there is a link there. #Steelers

Caldwell and Tomlin spent one year together with Tampa Bay in 2001.

In this 2016 Detroit Free Press article, Tomlin discussed their friendship.

“We’ve been friends now for 15 years and I appreciate him,” Tomlin said. “It’s always been a relationship that’s valued by me.”

Formally, Caldwell was most recently with the Miami Dolphins as QB coach in 2019 but health issues reduced him to a consultant role. He seems eager to return to the NFL, interviewed by the Houston Texans to be their next head coach and receiving support from Tony Dungy.

Should Caldwell lose out on head coaching bids, he may be a fit in Pittsburgh. He took over for Dungy in Indianapolis over a decade ago and then helped lead the Baltimore Ravens to a Super Bowl as their QB coach in 2013. He did an admirable job in four years as the Lions’ head coach and arguably shouldn’t have been fired after his 2017, 9-7 finish.

Caldwell is an NFL veteran whose spent most of his time working with QBs, which seems like a solid fit for the Steeler, especially if they were to lose Canada.