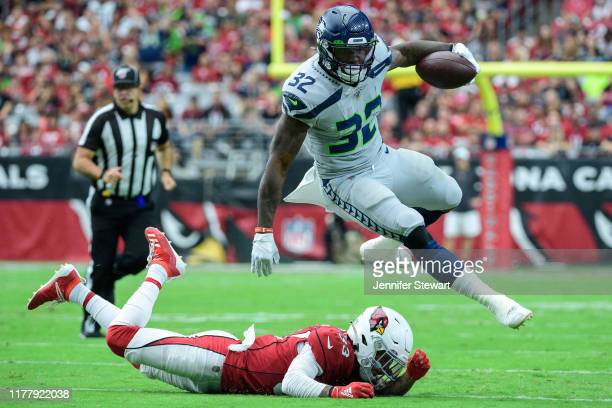 Now that we’re closer and closer to getting into full swing of the off-season here at Steelers Depot, so too are sites outside that are projecting draft picks and free agent signings for the beloved black and gold.

One day after projecting Northwestern offensive lineman Rashawn Slater to the Steelers at No. 24 overall, Pro Football Focus’s Sam Monson rolled out an article targeting one free agent for each team Tuesday morning.

With the Steelers facing a number of holes across the roster heading into 2021, most notably offensive tackle and outside linebacker, PFF went in a different direction Tuesday morning, targeting Seattle Seahawks free agent running back Chris Carson as a guy the Steelers should sign when free agency opens in early March.

Here’s what Monson had to say about Carson and a fit with the Steelers:

“Pittsburgh’s rushing offense was the league’s worst this season. As much as you can reasonably place much of the blame on the offensive line as well as the struggling passing game, the Steelers feel like a team that will want to pursue an upgrade at running back to address it.

Few players have run the ball consistently harder than Chris Carson since he entered the NFL, averaging 3.3 yards per carry after contact and breaking 147 tackles on 744 carries over his NFL career.”

At face value, Monson’s thoughts on Carson to Pittsburgh make sense. The Steelers’ rushing attack has been dreadful the last two years, and starting running back James Conner is a free agent and is unlikely to return.

However, is there really much of an upgrade there from Conner to Carson? I don’t think so. I like Carson quite a bit, but he’s a full year older than Conner and has 160 more touches than Conner did in Pittsburgh. Add in the fact that – much like Conner – Carson has never played a full season, and, well, it’s tough to swallow jettisoning a running back that can’t be relied upon health-wise, for an older version with more significant injury history.

In his rookie season in 2017, Carson landed on injured reserve just four games into the season due to a gruesome broken ankle. In 2018 and 2019, Carson was a high-end back, playing in 29 of a possible 32 games, rushing for a combined 2,381 yards and 16 touchdowns.

His 2019 season ended in Week 16 when he fractured his right hip. He avoided surgery on that injury, but the affects of it lingered into the 2020 season, where he got off to a slow start and eventually missed Weeks 8-11.

Carson is a really good back and should resign in Seattle, considering his fit there and the known injury history.

We all know about the Steelers’ cap situation heading into the 2021 season, so it’s hard to see the Steelers going outside the facility to add an older, injury-prone running back to replace Conner, rather than using a draft pick to be cost-conscious in April and May.

If the Steelers do anything in free agency outside of retaining their own guys, my money would be on a backup offensive lineman, specifically an interior guy, like say, one BJ Finney maybe?