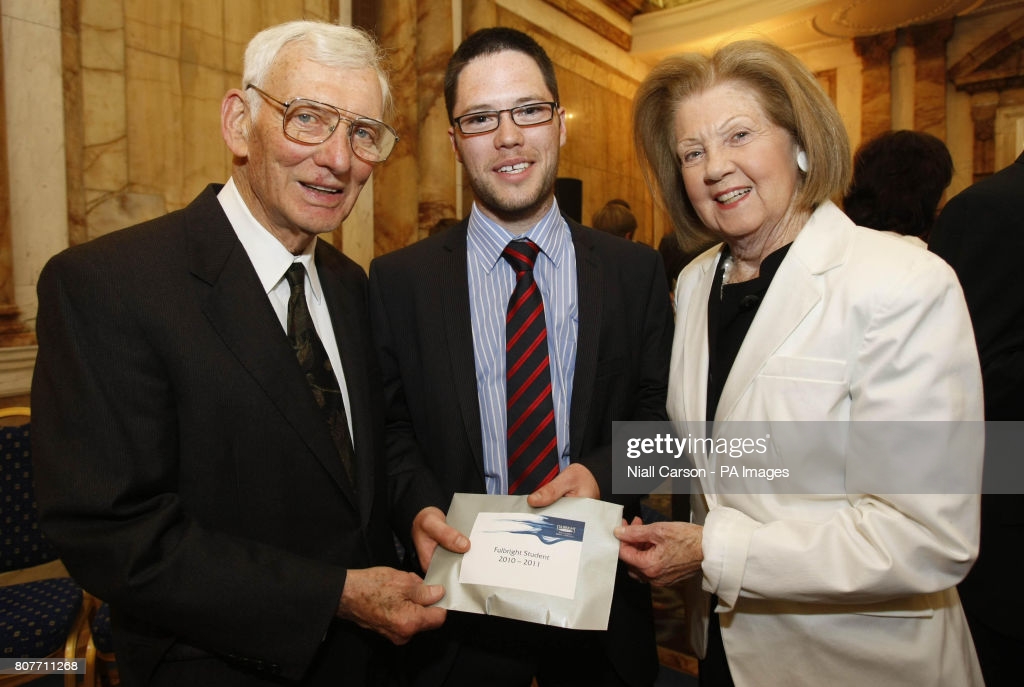 The Pittsburgh Steelers shared some sad news Saturday night, announcing Patricia Rooney, wife of the late Dan Rooney, had passed away. She was 88.

We mourn the loss of Patricia Rooney, wife of the late Ambassador Daniel M. Rooney.https://t.co/XAydBiVal7

“My family and I are mourning the passing of my mother, Patricia,” Team President Art Rooney II said in a statement released by the team. “She helped raise nine children while supporting my father’s career with the Steelers and his time as Ambassador to Ireland. It is a sad day for our family.

“My mother meant so much to not only all of us in the family, but she gave so much of her time and energy helping those in need in the Pittsburgh community. She will leave a lasting impression on so many people and organizations in our area, especially the Salvation Army and many organizations in the North Side of Pittsburgh, where my parents called home.

“We will celebrate her life and the memories we have of her during this challenging time for our family. We appreciate everyone with your thoughts and prayers.”

Dan and Patricia were married for 65 years before Dan’s death in April of 2017 at the age of 84. The Rooney’s are known for big families and Patricia took care of nine kids while Rooney worked for the team, helping to create the 70s dynasty and success that spanned decades.

In August of 2019, Patricia was honored by NFL Films in the film “A Lifetime Of Sundays” that documented the lives of the wives of football’s most influential figures. She told the Pittsburgh Post-Gazette how proud she was to know the Steelers had such a large woman fanbase.

“[W]e are so grateful that we’ve had so many loyal women fans,” she said. “I’m told we have the best women fan base of any team in the NFL, and we love to see them cheering our team on. They really make a difference. So, my message is: Thank you.”

A 2007 study found the Steelers had by far the largest margin of female fans at 37%. Only one other team, the Green Bay Packers, were over 25%.

The Steelers announced Rooney’s funeral will be private due to COVID restrictions. A memorial mass will be announced sometime in the future. They ask any memorial contributions to be made to the Salvation Army or Pittsburgh Parks Conservancy.

Several Steelers and current/former members of the organization have reacted to the news.

You were truly loved.

Mrs. Rooney was a beautiful woman! She was so kind, caring & loving. She will be missed, & I am forever grateful to her, Mr. Rooney and their family. Tell the old man we miss him. Rest in Paradise 👑!! #GeauxSteelers

Sad to hear that Mrs. Rooney passed. What a wonderful person. Will always cherish the rides together to book signings and when you’d be waiting at the door for DMR to get back from road games. Will never forget you thanking me for always getting him home safe at his viewing.

My condolences to the entire Rooney Family 🙏🏾

Steeler Nation lost a wonderful woman tonight. A few months after my daughter was born, Mrs Rooney picked out a game day outfit for her first game. She picked it out personally. Delivered it personally. It’s the football business but it’s the Steeler family. #Steelers https://t.co/WC8QYASfaY

My thoughts and prayers are with the Rooney family and friends with the passing of Patricia Rooney. Mrs. Rooney was a beautiful person who loved not only her family but treated us all with kindness and love. She will be truly missed. @steelers https://t.co/OyNCzxhwDx