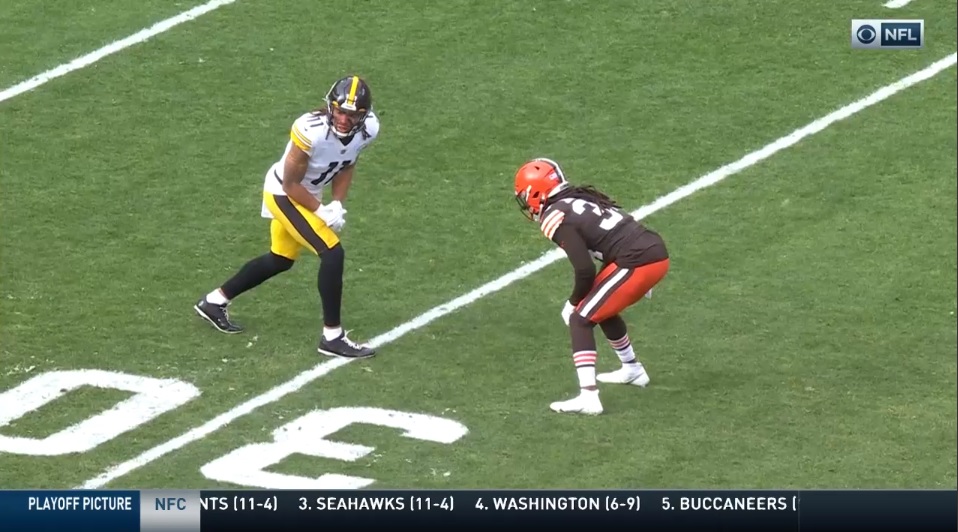 Winning the genetic lottery the way the 6’4, 230 pound Chase Claypool has certainly gives you a leg up into becoming an NFL caliber receiver. But it isn’t the only element. It doesn’t matter how big or small you are. If you can’t master the technique of the position, and this goes for anyone in the NFL where the talent margin is razor thin, you’re not going to hit your potential.

Weeks ago, we highlighted Claypool’s route-running and overall change of direction and fluidity. It might be the most impressive part of his athletic profile. A huge guy who can get out of his breaks, drop his hips, and change directions.

Claypool showed his route running and technique on his first catch Sunday, a third down pickup against the Browns. He used a “squirt release,” a way of creating space to run a slant by first stemming upfield and outside before crossing face and winning over the middle.

The squirt release is a technique used to win on slants. Here’s a great example of it last year from then-Florida WR Van Jefferson, one of the best route runners of his class. Stem upfield, sell the fade, and then burst back across the middle to win on the slant.

Watch he uses his shoulders. Keeps them slightly outside to sell the fade before quickly rotating inside. pic.twitter.com/Zh7O6sMhEf

That’s what Claypool used Sunday. Release outside, get the CB to open up his hips to the sideline, and then win back over the middle.

Let’s break it down even more. There’s the release, the footwork, and then there’s the hand use to create space. Claypool uses a club/swim to get past the CB. He starts by clubbing with his inside hand into the shoulder/arm of the CB to keep him turned. 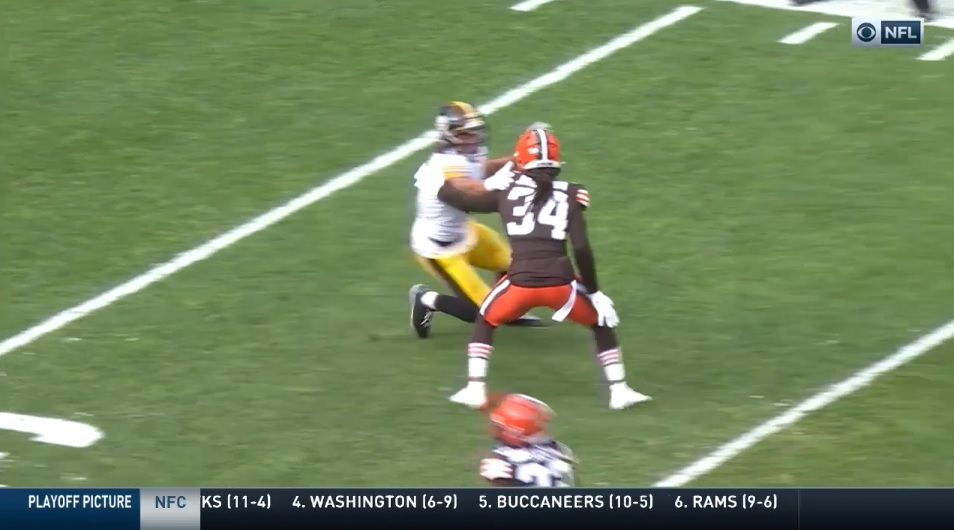 He finishes it by swimming over the top with his outside hand to push past. 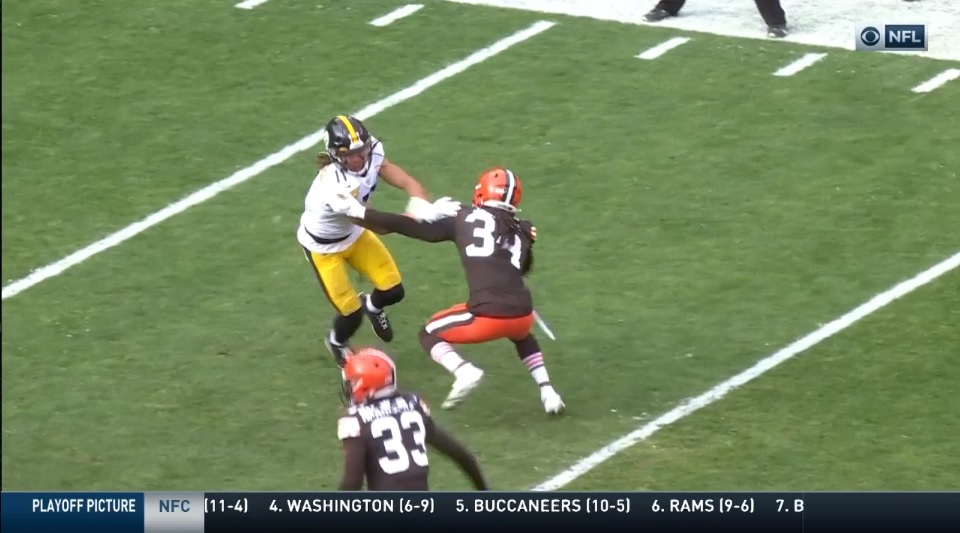 And then he shows the strength to fight through the CB trying to grab him and finish with the catch (it helps the CB gets picked on the slant/flat combo). Check out the whole thing broken down element-by-element.

This is a good example of hands and feet working together. Feet on the initial release, hands to win inside and cross face. Claypool could honestly do a better job here selling outside – I would’ve liked him to be better with his eyes and shoulders. But similar to Alex Highsmith, Claypool feels advanced beyond his years. Some of that has to do with the Steelers drafting more seniors than typical. Of the seven receivers they’ve drafted since 2014, only two (Claypool and James Washington) were seniors. But Claypool is further along the learning curve than what I expected and he’s showing all the traits to be a dominant wide receiver.