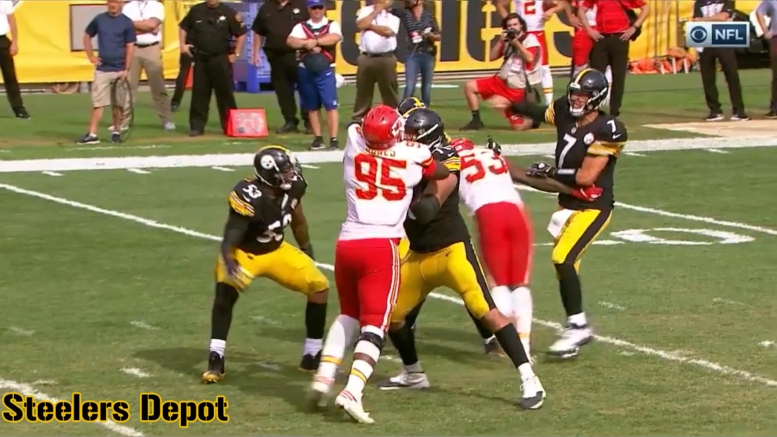 Explanation: There are a number of prominent aging Steelers players who could realistically choose to retire following the 2020 season, some of whom have talked about life after football already in the past—and who would save the team some cap space by doing so, or possibly rob them of a compensatory pick.

I don’t know if Ben Roethlisberger is going to retire—I don’t think that he will—but it’s certainly a possibility among many others. Just look at Alejandro Villanueva. If Vance McDonald chose to retire, then Villanueva certainly could as well. Both of them have significant post-football ambitions, the latter with an MBA in his back pocket.

Then there’s Maurkice Pouncey. While he’s said that he would retire with Roethlisberger, it’s always possible that he jumps to gun if Ben isn’t ready yet. There were rumors earlier this offseason that he was considering retirement already.

You also can’t dismiss Tyson Alualu, who like Villanueva will be an unrestricted free agent. Even while coming off of one of the best seasons of his career, he is 33 years old, and he did deal with some injuries. He is the second-oldest player on the team.

Guys like Roethlisberger and Pouncey are too competitive to retire before they’re forced to retire. They can talk about retiring all they want, but they’ll still be chasing that ring, or the next ring, in the case of the former.

As for Villanueva, this is his offseason to cash in and set up his family for generations. His MBA mind will tell him he would be foolish to walk away now and turn down the opportunity to make bank. There are 24 tackles right now averaging $10 million per season or more. He’s been earning $6 million per season.

As for Alualu, age is just a number. Like I said, he’s playing some of the best football of his career. He was rejuvenated by the position switch and opportunity. And he loves it in Pittsburgh. He’s not looking to retire just yet.