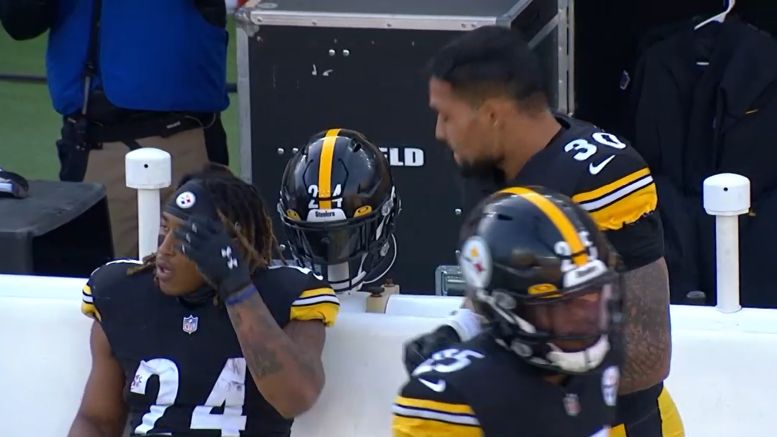 When you’re both unwilling and unable to run the football, there is a problem. Many would argue that this has been a problem for the Pittsburgh Steelers for a number of years, but their performance during the 2020 season really drove that point home, in spite of president Art Rooney II’s annual prognostications that they would address the issues holding them back in this area.

With Rooney speaking to reporters earlier today, it was time once again for that annual discussion about the renewal of the running game. Once upon a time, his edicts passed on through the media were seen as marching orders for Kevin Colbert and Mike Tomlin, but when he speaks about the running game, it seems to get lost in the shuffle.

Earlier today, he did say that the Steelers have already begun to make changes to the running game, and, according to Gerry Dulac of the Pittsburgh Post-Gazette, added that “there’s more to come”, while noting that their leading runner, James Conner, is scheduled to be a free agent.

Rooney said the Steelers have already started to make changes to their running game and “there’s more to come.” He referenced changes on the roster, pointing up that James Conner is a free agent.

While making a change at running back in terms of who their lead runner is would certainly constitute a change, the decision to move on from Shaun Sarrett as offensive line coach is undoubtedly tied to this same discussion. His predecessor, Mike Munchak, was also the team’s run game coordinator, at least informally, and they are likely looking to bring in somebody with similar capabilities.

Bob Labriola referenced comments from Rooney on the run game in which he said that it has to start with a commitment to running the football, and added that he doesn’t know that they have always had that in the past.

Pittsburgh only recorded 373 rushing attempts in all of 2020, totaling just 1351 yards. While they managed to produce 12 touchdowns, they averaged just 3.6 yards per attempt, which ranked dead last in the entire league.

Conner, who missed a handful of games, some due to Covid-19, had 168 attempts and picked up 721 yards with six touchdowns, but Benny Snell only averaged 3.3 yards on 111 attempts, gaining 368 yards. He also scored four touchdowns.

Rookie Anthony McFarland, a fourth-round pick, managed 33 attempts on the season, but for 113 yards, averaging 3.4 yards per attempt. Jaylen Samuels only attempted nine runs for 28 yards. Ray-Ray McCloud’s gadget 58-yard gain was their longest run of the season behind one 59-yard run by Conner.