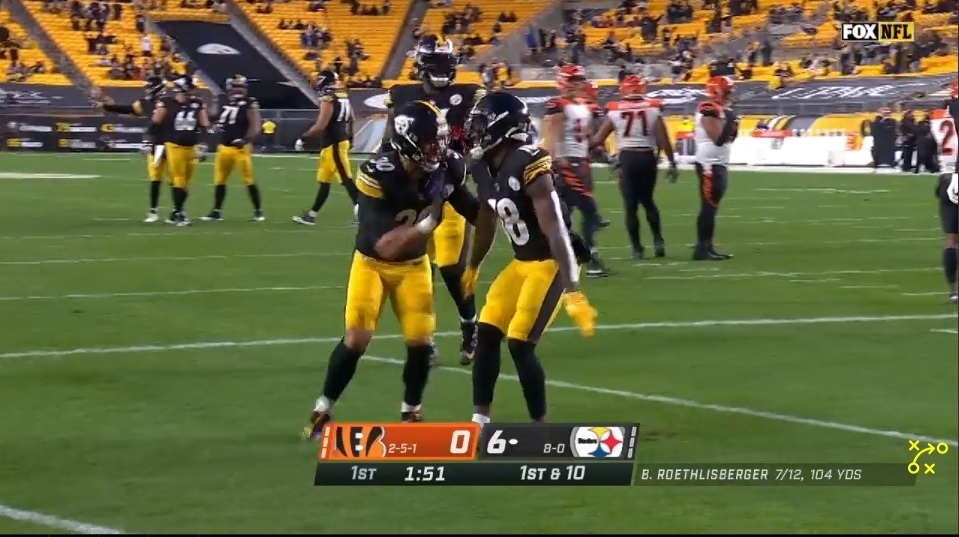 As we’ve done in the past, the keys to the Pittsburgh Steelers winning (or losing) today’s game. Three things that need to happen for them to end up on the right side of the score and vice versa in this 2020 Week 15 game between the Steelers and Cincinnati Bengals.

Big issue in the run game as we highlighted last week. Wasn’t just that guys weren’t sticking to blocks, finishing the play, or individual issues in that sense. Too often, Bills’ linebackers were simply running free to fill the gap, shutting down the run before it even began. Most of the time, the issue were centers and guards not getting off their first-level combo block to climb to the linebackers. Guys have to be more physical on the initial block to secure it then get off it and work to the second level. Bengals’ linebackers aren’t great, especially without Logan Wilson, but any unblocked NFL linebacker is going to make plenty of plays.

Every reason to believe Cam Heyward, Tyson Alualu, and Stephon Tuitt should make tonight difficult for Ryan Finley. Collapse the pocket, force Finley to make hurried, pressured throws, or roll out into pressure via TJ Watt and Alex Highsmith. Heyward’s bull rushes are legendary, the best in football (yes, even better than Aaron Donald’s) and he should have a monster game, as he tends to do against the Bengals. His 9.5 career sacks against Cincinnati are more than any other opponent.

As I’ve written and talked about, the Steelers had a clear gameplan in their first meeting against the Joe Burrow-led Bengals. Bracket Tyler Boyd in the slot, force throws on the outside to their lesser talent, and ask CBs to make plays on out-breaking routes. And it worked really well. Boyd didn’t kill them on third down and Joe Haden had arguably his best game of the year with multiple breakups on Auden Tate.

Against Finely, I’m betting the gameplan is the same. Pittsburgh does a nice job being able to take away top receiving weapons, bracketing their top target (except when they blitz and play Cover 1 when you can’t bracket) so Boyd should be limited on possession downs again. And CBs just have to keep winning on the outside in their 1v1 matchups.

Carrying this one over from my X Factor article. If Cincy pulls off the upset, it’ll be because they hit some big plays. Relying on playaction even more without Burrow. Lot of traditional, under-center playaction and boots to try to get easy completions in the flats (a good run-game substitute without Joe Mixon) and big plays over the top. Can’t let that happen. Force Finley to put together long, nickel-and-dime drives. Good chance this offense flailing minus Burrow (three offensive TDs their last three games) won’t be able to sustain it.

Wrote the same about the Bills’ last week. Concerned with Buffalo’s Andre Roberts, who routinely gave them solid field positions on all three of his KRs. Buffalo started their drives at their: 24, 32, and 34. Mike Tomlin cited that as an issue post-game. Cincinnati has two very good returners in Brandon Wilson, who does kicks and housed one 100+ yards a few weeks back, and Alex Erickson, who does punts and always had success against the Steelers. Can’t let those two guys get free. Really their best source of offense.

Ok, the Steelers don’t have to create two turnovers to beat a bad Bengals’ team. But I’ll be disappointed if they don’t. Cincy has given the ball away 12 times their last five games. At least two in each of those games. The Steelers are tied for the league lead with 25 takeaways. You do the math. Bengals’ backs put the ball on the ground over and over in last week’s loss to the Cowboys. Rip a ball out, pick off Finley, strip/sack/fumble, this Steelers’ defense better be able to create plenty of splash.