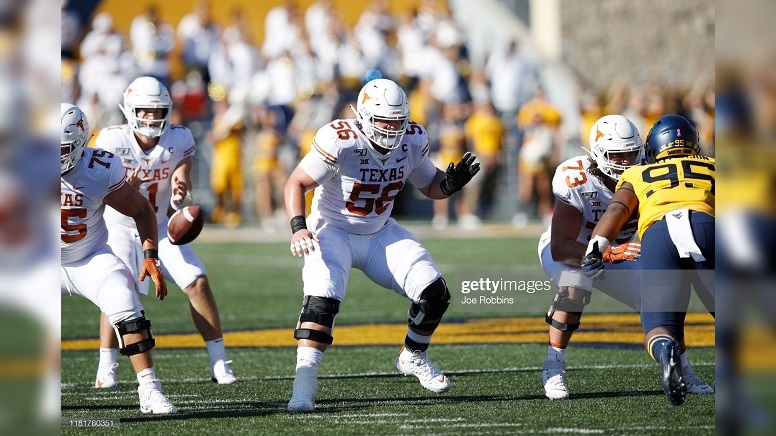 The Pittsburgh Steelers signed guard Danny Isidora off the Kansas City Chiefs practice squad earlier this week and in addition to that, they also have a free agent center lined up for a tryout. According to the NFL transaction sheet from Friday, free agent center Zach Shackelford is listed as a tryout player for the Steelers this week. He was also brought in a few weeks ago but wasn’t signed.

Shackelford, who played his college football at Texas, was signed originally by the Tampa Bay Buccaneers as an undrafted free agent in May. After failing to make the Buccaneers 53-man roster out of training camp, Shackelford landed on their practiced squad. The Buccaneers ultimately parted ways with him in the middle of October.

At Texas, Shackelford appeared in 43 games and started 40 in total. He started all 13 games at center during the 2019 season and was one of six team captains for Texas. He was named a semifinalist for both the William V. Campbell Trophy and Senior CLASS Award. On the field, he anchored an offensive line that was named to the Joe Moore Award Midseason Watch List in 2019 and was a first-team All-Big 12 performer in 2018. Shackelford was also an FWAA Freshman All-American back in 2016.

“Captain Shackelford is as smart of an offensive lineman as I’ve been around,” Texas head coach Tom Herman said. “He made all the calls for our offensive line. He’s another guy that comes from a great home life. His dad is a military chaplain, and he grew up with a lot of structure and discipline. He’s a self-starter who is extremely strong and powerful, and just really knows how to play to his strengths. He knows what his strengths are, and he knows what his weaknesses are. He’s a guy that gets the entire offensive line going in the right direction. He’s athletic enough to move around a little bit, but strong and powerful enough to where if you put a 330-pound nose guard on top of him, he’s going to be able to hold his own against him.”

Shackelford reportedly measured in at 6030, 303 ahead of this year’s draft. We’ll find out in the next few days if the Steelers will sign Shackelford to their practice squad.