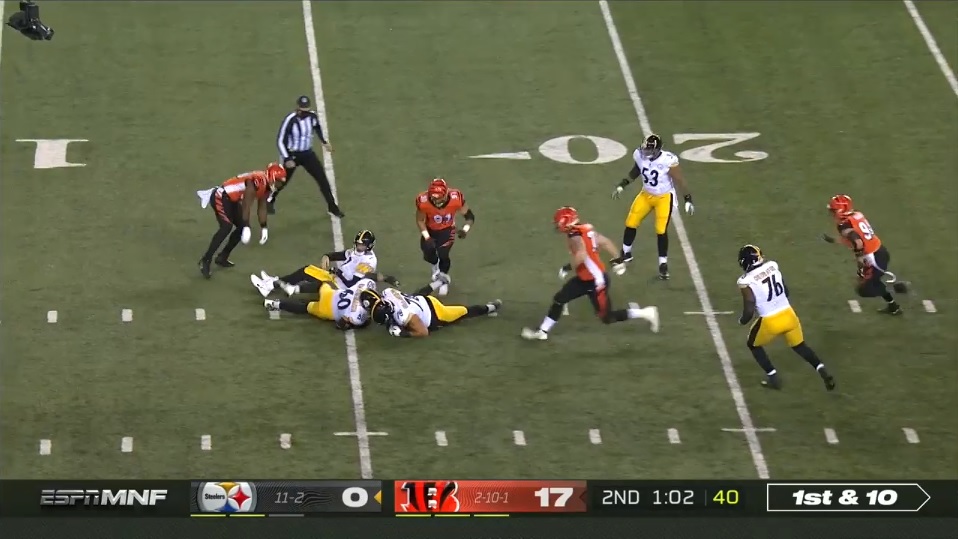 Examining the one sack allowed by the Pittsburgh Steelers in their Monday night loss to the Cincinnati Bengals.

Pretty clear and quick breakdown here. Alejandro Villanueva had a tough time with Carl Lawson all game, allowing several pressures and finally, his first sack of 2020. Villanueva had been trying to cheat a bit anticipating Lawson’s speed rush moves that were effectively early on. His problem is that he oversets too far to the outside and he’s too square to the sideline. Instead of kicking at a 45 degree angle, he’s basically turned to a 90 degree angle, opening an easy lane for Lawson to counter inside. Want to stay square to your QB so he could read the numbers on the back of your jersey. 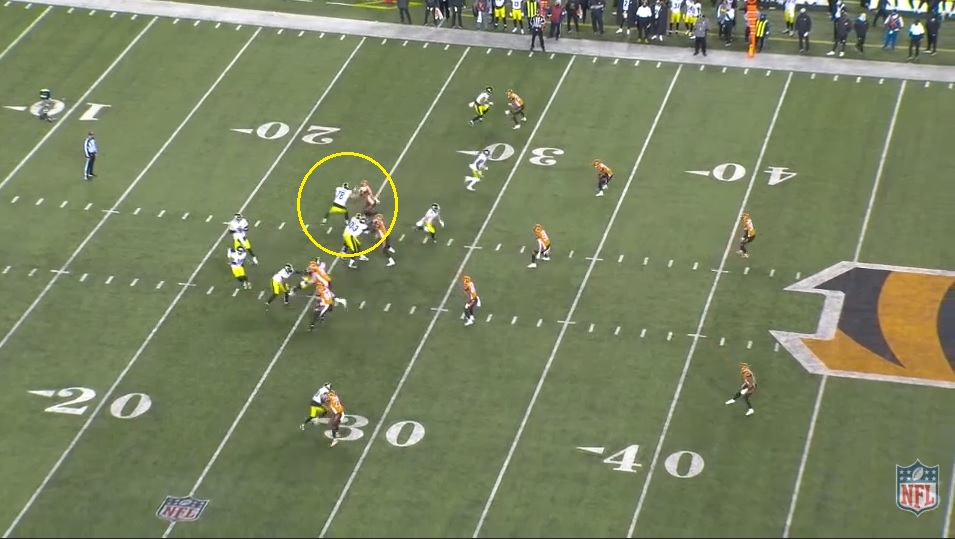 However, I do wonder and honestly, believe, Villanueva was expecting inside help here. It’s half-slide protection with center Maurkice Pouncey sliding to Villanueva’s side. With just the 3T and RDE to worry about, there’s no blitz, JC Hassenauer could’ve – and probably should’ve – slid to to the left too. He doesn’t, engaging with the 3T, and doesn’t come off until Lawson is behind him. That’s what creates the gap for Lawson to exploit and sack Roethlisberger. 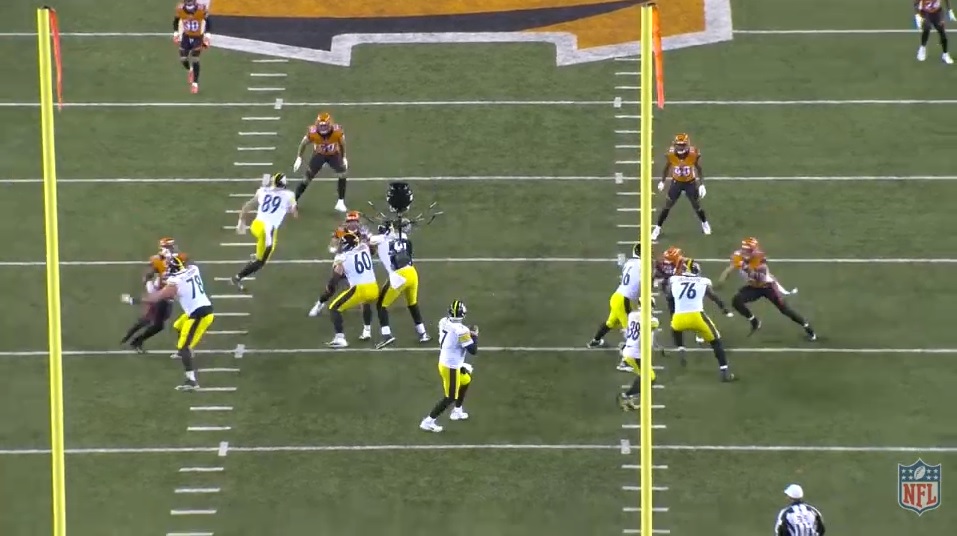 That also explains why Villanueva set so far. He was protecting the edge, believing he had inside help with Hassenauer if Lawson rushed/countered inside.

Still, I’m going to put this on Villanueva. He got beat badly all game and this is no exception. He certainly isn’t absolved for an inside rush just because of the slide protection. All good things come to an end. Villanueva’s sackless streak is over. It’s the first sack he’s allowed since Week 12 last year (also against the Bengals, though not Lawson) and the first full-sack allowed since Week 5 last season against the Baltimore Ravens.