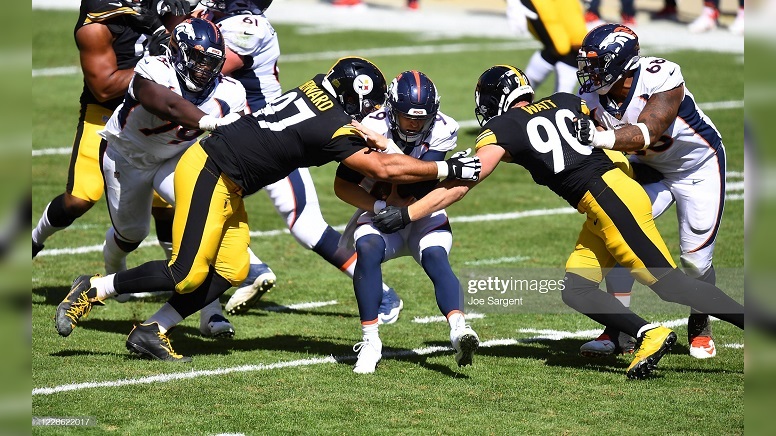 Pittsburgh Steelers head coach Mike Tomlin announced on Tuesday that starting quarterback Ben Roethlisberger will be held out of the team’s regular season finale against the Cleveland Browns. While Tomlin admitted that a few other veteran players are likely to join Roethlisberger on the Sunday inactive list, he wouldn’t provide specific names, even some seem obvious. On Thursday, Gerry Dulac of the Pittsburgh Post-Gazette reports that three of those obvious players, along with Roethlisberger, will indeed not play against the Browns on Sunday in Cleveland.

In addition to Roethlisberger, the Steelers will not play center Maurkice Pouncey, outside linebacker T.J. Watt and defensive tackle Cameron Heyward against the Browns on Sunday, reported Dulac on Thursday.

Are any of you surprised? You shouldn’t be if you are. Pouncey usually sits whenever Roethlisberger does. Heyward is an elder statesman and the defensive captain and there’s no reason to play him against the Browns with plenty of other healthy defensive linemen on the roster. As for Watt, why even risk playing him against the Browns? He’s the team’s best pass rusher and with four other outside linebackers on the roster seemingly healthy, they can sit the NFL’s current sack leader the final week of the season.

So, we now have four players we know will be inactive. What about a few other veterans such as cornerback Joe Haden and guard David DeCastro? According to Dulac’s Thursday report, Haden and DeCastro will start against the Browns but both are expected to play on a limited basis.

The Steelers will likely elevate one or two players from their practice squad on Saturday. At a minimum, the team will have five inactive players and a max of seven. If it’s seven, one must wonder if running back James Conner will join Roethlisberger, Heyward, Pouncey, and Watt on the list. Personally, I will not be shocked if Haden winds up being inactive on Sunday as well. We’ll know who those inactive players are 90 minutes before kickoff.