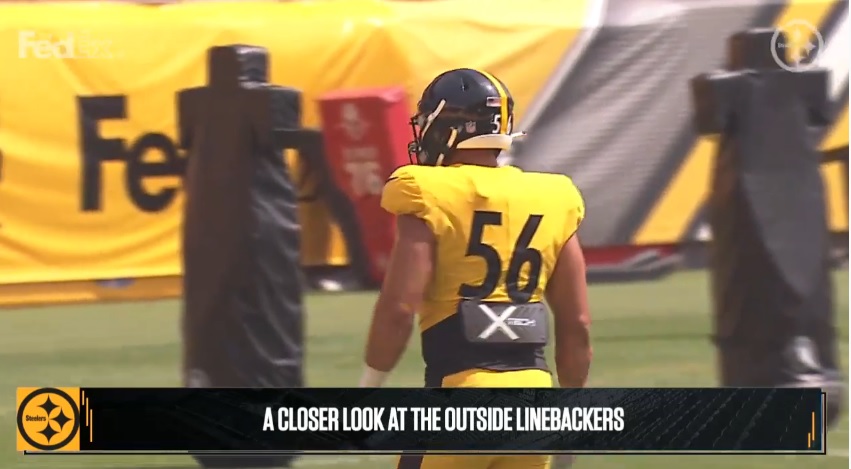 Butler offered his scouting report on the rookie Highsmith, whose about to grow up fast now that he’s the full-time starter.

“Very easy to coach,” Butler told reporters yesterday via a transcript from the team. “Meaning, once you tell him something once, he gets it and you don’t have to constantly repeat everything you say to him. He understands. If he doesn’t understand, he asks very intelligent questions. He has a good football mind, and he does what we ask him to do. You only have to tell him once, and then he gets it. Like I said, the thing that he’s going to have to do is he’s going to have to do it a little bit more than has has been. And that is ok. I feel good with him coming in for us.”

Butler’s comments mirror what Mike Tomlin had to say on Thursday. Tomlin praised his maturity but as a 5th year senior coming out of the draft, wasn’t surprised by it. In a way, Highsmith was the opposite of Dupree coming out of school. Dupree was rawer than steak tartare, a freak athlete but without a true position in school or even a specific coach for his position.

Prior to 2019, Highsmith was awkwardly fit as a base, 3-4 defensive end in Charlotte’s system. But the team moved him to EDGE rusher for his final season and hired a new DC, Marcus West, who taught Highsmith how to get after the quarterback. The work paid off and Highsmith exploded for 15 sacks.

Highsmith has impressed in limited and rotational action this season. He’s taken that football IQ from the practice field to stadiums. A great example of that came against the Ravens in Week 8. After failing to get enough depth on a zone drop in the first half, Highsmith made the adjustment in the second half and picked off Lamar Jackson to begin the Steelers’ comeback.

Alex Highsmith said his INT was a halftime adjustment coaches had him make. Ravens ran same play in first half complete to Andrews. Highsmith got more depth the second time around, made a big play. First half vs second half. #Steelers https://t.co/UD0OOl8Nqt pic.twitter.com/ZVvNOvLe1v

His run defense has improved throughout the year and he’s been surprisingly excellent in coverage too. According to our charting, he’s been targeted four times this year, allowing just one completion for seven yards and an interception.

The biggest unknown about Highsmith is if he can keep the same pace over a much larger volume of snaps. He had the benefit of almost always entering games fresh, rotating behind Bud Dupree and TJ Watt for 20-25 snaps a game. Now, his conditioning will be tested as he played 50+ snaps.

Charlotte DC Marcus West, partly responsible for helping Highsmith breakout last year, is one man who thinks he can do it. Here’s what he told Steelers.com’s Teresa Varley after the draft.

“He is relentless. When you go back and look at it, I bet he played more snaps than any defensive end in college football last year. He would play 70-75 snaps rushing the passer. He gave you everything he had for every snap. There is a will to win and be successful he has that I haven’t seen in many others. He gave us everything he had.”

Highsmith will begin to prove that Monday against Washington.