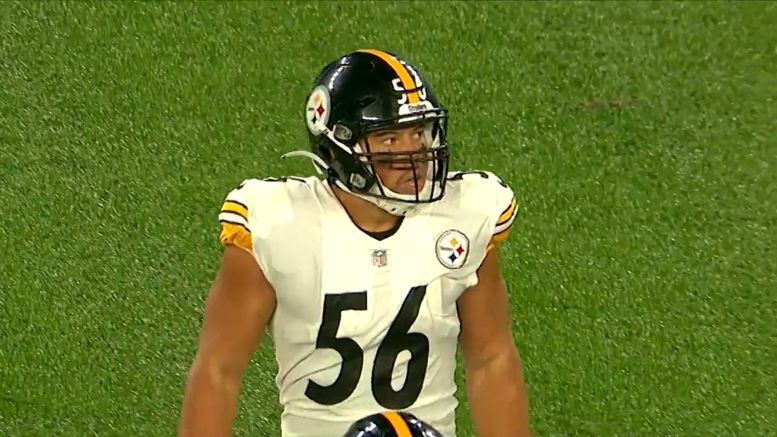 Mike Tomlin confirmed what we already knew. Bud Dupree is out of the season. As much as that loss obviously hurts the Pittsburgh Steelers’ defense, all the team can do is focus on next man up. That honor will go to third-round rookie Alex Highsmith. As Tomlin often does in these moments, he expressed confidence in Highsmith to get the job done.

“I’m just as comfortable and confident as I was in Robert Spillane when we called upon him,” Tomlin said during his Thursday press conference. “Or Kevin Dotson when we called upon him on the other side of the ball. That’s life in this business. Those guys work behind the scenes very diligently preparing for these opportunities. Not only in terms of knowing what to do but preparing themselves in terms of conditoning. For when we ring their bell. And we are ringing Alex Highsmith’s bell now.”

Highsmith hasn’t played a starter-level amount of snaps this season but his role has increased throughout the season. He had taken hold of the #3 OLB job, passing Ola Adeniyi, and played well when given the chance. For the year, he has 20 tackles (three for a loss) with a sack and interception. His pick against Baltimore in the first meeting was a crucial one to get Pittsburgh back into a game they’d eventually win. It also showed his football IQ and ability to adjust following mistakes after not playing his technique correctly on the same concept in the first half.

In other words, it showed his maturity, something Tomlin praised Wednesday.

“In the interview process, I was really impressed with his maturity. But that’s not surprising given that he was a fifth year senior. Often times, we’re not drafting a lot of fifth-year seniors these days. So he had a maturity level that was beyond where he is in this process. But he’s probably older than most rookies. I like the continual growth over the course of his career that manifest itself into production. He had a really big year in ’19 at UNC Charlotte. Those are some of the things that were attractive to us. He had a tangible, growing resume and he has the maturity we thought would aid us if called upon in the ways he’s being called upon right now.”

All but one of the Steelers’ draft picks this year were upperclassmen sans redshirt sophomore Anthony McFarland. That’s one reason why you’re seeing this rookie class making a bigger impact than expected in a pandemic year that robbed them of traditional rookie class stepping stones: rookie minicamp, OTAs, and a preseason.

Highsmith is certainly one of those guys who looks NFL ready and battled-tested. He was a no-star recruit out of high school, stuck playing as a base end in a 3-4 defense until his final year of college, before breaking out in a big way and getting on NFL radars.

He’s gotten used to growing up fast. Now the Steelers are asking him to do it again.