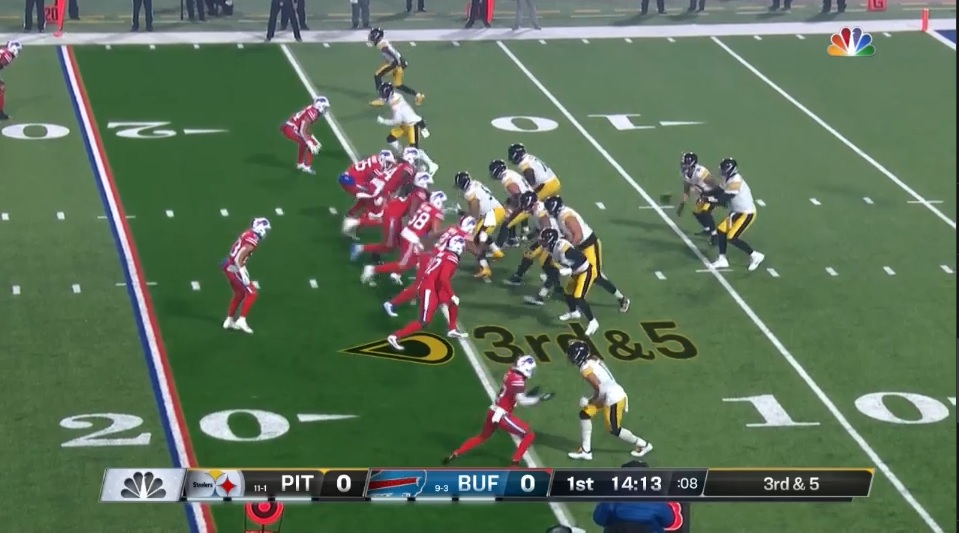 Coming off an uninspiring loss to the Buffalo Bills, the Pittsburgh Steelers know they need to be more physical. Not just the offensive and defensive lines either, though that’s where conventional wisdom usually directs its attention. As Mike Tomlin indicated during his Tuesday press conference, they need to be more physical on the outside. That includes receivers beating press coverage. And James Washington described how to win against it.

He broke down how to anticipate and how to beat it in speaking to the media on Wednesday.

“You’ve just got to check their feet, check their stance pre snap,” he said via the team website. “Just know their body demeanor. Just take what they give you basically and just be strong at the line of scrimmage.”

Washington has really improved his release since coming into the league. That comes as no big surprise. He played in a spread system at Oklahoma State, seeing plenty of soft, off coverage that consistently offered free releases. The NFL isn’t nearly as friendly. But he’s improved year-by-year with the help of new WRs coach Ike Hilliard, who circled Washington’s release as an area he wanted to focus on. Here’s what Hilliard said back in early August on how to improve his game.

“Timing and spacing, I can get into specifics about using his hands at the line of scrimmage versus press a lot more. Using his strength that way.”

Washington has taken even more strides in his junior season. He’s been the one consistent vertical threat for this offense, tied with Chase Claypool for the team lead in yards per reception at 13.3. That number would be higher if not for a couple deep-ball misses this season. One of the most notable came in Sunday night’s loss to Buffalo. Mid-way through the fourth quarter, Washington beat CB Levi Wallace off the line (though Wallace didn’t jam him at the line). Washington got vertical, stacked him, and should’ve caught it for a long reception or touchdown. But Roethlisberger’s pass was underthrown and incomplete.

Washington was asked about the play after the game.

“I think [Roethlisberger] was looking backside at first and then came back. It is what it is. It’s in the past now. We’re just going to move forward and look for brighter days.”