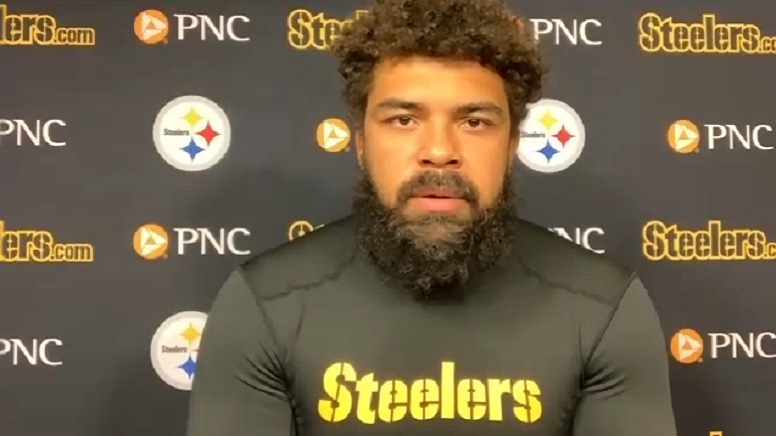 “You know, and the deal with the fires coming in during the middle of the field of a game, you got to be willing to not only take coaching criticism, but you got to take player criticism as well when you’re in that position.”

I’m not sure what Heyward meant with his fires comment as that can perhaps be contextualized several different ways. Maybe it is related to how the two handled different offensive concepts. Unless Heyward clarifies, however, were left to guess.

In the first half against the Bills, the Steelers defense only allowed 102 total yards of offense on 31 total plays. The unit also only allowed one first half drive by the Bills to drive to end in points, a 34-yard field goal with 1:42 left in the first half. The second half was a different story, however, as not only did the Steelers defense allow 232 more total yards of net offense and 17 more points to be scored, but the unit also let the Buffalo offense burn up the final 7:11 of the game with a 13 play drive that consumed 52 net yards. Heyward talked about that final Bills offensive drive on Wednesday and how the defense he leads didn’t get the job done in that situation.

“I definitely see that as they imposed their will,” Heyward said. “I see it as we need to get off and we didn’t. They did a myriad of things of running the ball and then throwing the ball. And I think they picked up that pass interference on that long third down and put them closer down. So, when you look at those plays, those are critical plays. We’ve got to get off the field. No matter what has transpired before in the game, you’ve got to make sure you keep providing those opportunities for your offense and we didn’t do that.”

So, will Williamson and Avery both be asked to play big roles in the Steelers week 15 Monday night game against the Cincinnati Bengals? It’s quite possible and especially if inside linebacker Vince Williams doesn’t make it off the Reserve/COVID-19 list in time to play in that contest. For whatever it’s worth, Williamson and Allen were both wearing helmets with green dots on them during the team’s Wednesday practice. That screams that the team is getting both ready to play big roles again against the Bengals on Monday night.

“And I thought they handled it really well,” Heyward said of Williamson and Allen on Wednesday. “You know, could it be better? Yes, but, you know, they’re going to get that with time.”