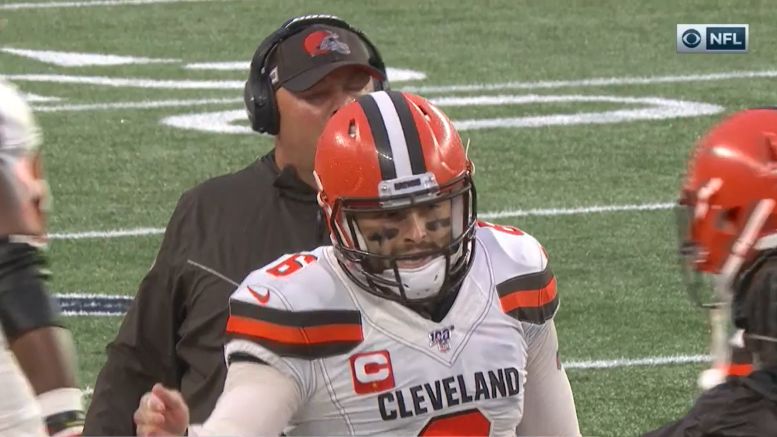 Even though the Cleveland Browns will obviously be heavily favored in their 15th game of the season, their opponents being the New York Jets, the reality is that they will be somewhat depleted along their greatest area of strength: their offensive line.

Right guard Wyatt Teller, who has been a find for them this year, is expected to miss his second game in a row due to injury. They recently placed rookie first-round starting left tackle Jedrick Wills on the Reserve/Covid-19 List, and it’s not clear whether or not he will be available for the game.

Although they only managed to score 20 points against the New York Giants on the road the last time out, they also put up 40-plus points in each of the two games prior to that, and did so against superior opponents—the Baltimore Ravens and the Tennessee Titans.

There is no doubt that the improvements that they have made along the offensive line, finding Teller, drafting Wills, and signing Jack Conklin at right tackle in free agency, has been a huge and underdiscussed element of their turnaround in 2020, giving them their first non-losing season in more than a decade and keeping them in the running for their first AFC North title ever.

Cleveland in particular has been fantastic running the ball, ranking third in total rushing yards, with 17 rushing touchdowns, while averaging 4.8 yards per carry, the third-best mark in the NFL. That is primarily thanks to Pro Bowl running Nick Chubb, who is on the verge of 1000 yards despite missing four games, with 10 rushing touchdowns.

With Teller expected to miss the game, they will have to call upon rookie Nick Harris, a fifth-round pick. Chris Hubbard started for them the last time out, but the former Pittsburgh Steelers veteran suffered a knee injury and was placed on the Reserve/Injured List.

If the Browns do not get Wills back in time for Sunday’s game, then they will have to call to duty Kendall Lamm, a veteran who does have starting experience, though primarily at right tackle. He has been used as an extra blocker this year—and caught a touchdown pass a couple of weeks ago.

Cleveland must win its final two games, including the season finale against the Steelers, in order to win the AFC North. They also need Pittsburgh to lose its game on Sunday against the Indianapolis Colts for that to happen.

The Jets are a terrible team, ranking dead last in points scored and 28th in points allowed, but they did somehow just beat the Los Angeles Rams and should have beaten the Las Vegas Raiders two weeks before that. Now that they aren’t in position to have the first-overall pick, they don’t really have any incentive to lose.