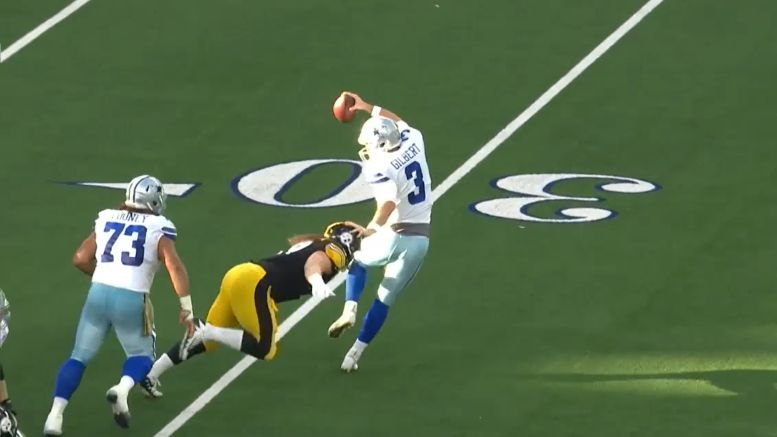 For the second time in three games, the Pittsburgh Steelers are preparing to face an inexperienced quarterback who is either making his first start or is a rookie, and doing so on the road. The first time this happened, the game got a little more exciting, shall we say, than they bargained for, with the Dallas Cowboys’ Garrett Gilbert nearly sneaking off with a win.

Dallas, in fact, had managed to build a 13-0 lead in the early portions of the game, and the Steelers had to spend the rest of the game digging themselves out of that hole. It took a fourth-quarter comeback and two big late defensive drives, with free safety Minkah Fitzpatrick batting down one last-second pass into the end zone, to secure victory.

When speaking to the media on Thursday, Fitzpatrick was asked what the Steelers as a defense can take away from that experience in preparing for Sunday’s game against the Jacksonville Jaguars as they face Jake Luton, a rookie who is making his third consecutive start in place of the injured Gardner Minshew.

“You could go back and look at it. Schematically it’s not the same thing, but in the sense of what they’re gonna try and do”, he said, “in the sense of quick, easy throws to get confidence in him, and shots downfield, one on one, the screen game, establishing the run game. Similar to what Dallas did to us, and did to us effectively”.

After the Dallas game, a couple of defenders, with Fitzpatrick being one of them, acknowledged that the lack of a proper scouting report on Gilbert made it difficult to defend him, particularly early on, because they had to play conservatively to read him and basically scout him on the fly.

At least in the case of Luton, however, he has had two very recent weeks of starting experience that they can work from, which should be very valuable, and will hopefully assist them in avoiding making this game more exciting than it ought to be, the Jaguars having eight more losses in nine games than the Steelers have.