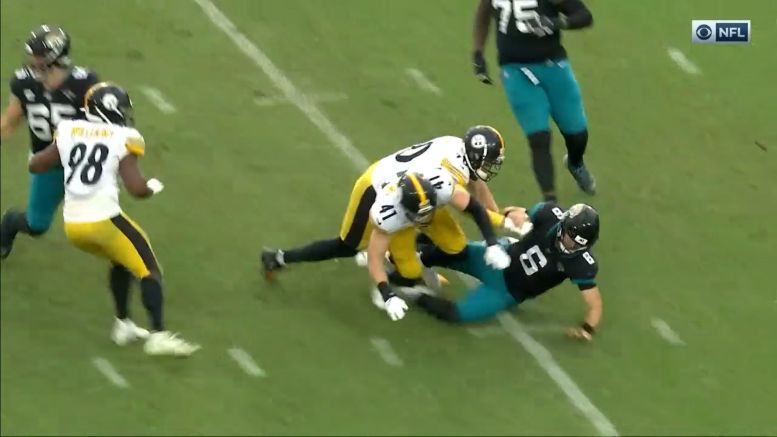 The Pittsburgh Steelers had been experiencing a rash of close games prior to last week’s blowout against the Cincinnati Bengals. Their previous three games had all come down to the final possession. All of them just so happened to have come in away games during a three-week road trip.

Arguably the most daunting, or at least the most frustrating, was the game against the Dallas Cowboys, a team that was starting a fourth different quarterback of the season, that being veteran journeyman Garrett Gilbert, who had never started a game previously and had only thrown a small handful of passes in meaningful NFL games before.

With the scare that Gilbert gave them, it seemed as though a lot of people entered Sunday’s game against the Jacksonville Jaguars with some hesitation as they prepared to start rookie quarterback Jake Luton for the third consecutive game, who had been in the lineup in place of Gardner Minshew, dealing with a thumb injury.

And to their credit, Luton was able to give them a bit of a scare, making a couple of throws on the opening drive and ultimately managing to put three points on the board in the process. But that would be about the biggest threat that he would pose all game.

The Jaguars’ next three possessions would all end in punts, the next two following that resulting in interceptions. The first of the two interceptions was huge, as it came in a 10-7 game at the time and from the Steelers’ 11-yard line, but Tyson Alualu and Minkah Fitzpatrick shut the door—for good.

The offense responded with a touchdown drive with points off of that turnover, and that would be all she wrote. A whole punt of punts would follow. The Jaguars only had a couple of drives throughout the game in which they were much able to move the ball 20 or more yards, with a few three-and-outs thrown in for good measure.

By the middle of the fourth quarter, across 25 pass attempts, Luton had only completed nine of them for 110 passing yards, averaging 4.4 yards per attempt, with two interceptions and two sacks. His longest completion went for just 19 yards. In other words, they played a rookie backup the way a team like Pittsburgh ought to, even on a day in which the offense was less than spectacular in terms of efficiency.

Just as it looked as though he was starting to heat up in the fourth quarter, making a couple of early throws on the drive, he had a big takeaway removed by a holding call. On the next throw, safety Terrell Edmunds would make an impressive interception, tipping the ball to himself for his second of the game (yes, you read that right).

By the end of the afternoon, Luton would be thoroughly vanquished, turning the ball over four times while completing just 16 of 37 pass attempts for 151 yards, averaging 4.1 yards per attempt, and posting a quarterback rating of 15.1.