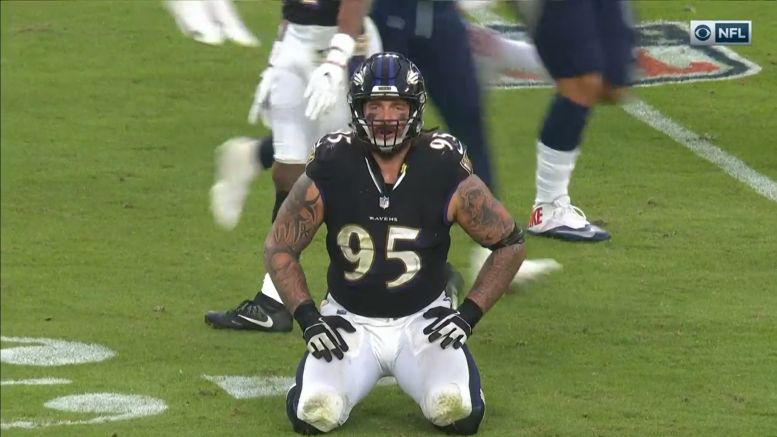 The Baltimore Ravens currently have 20 players in total on the Reserve/Covid-19 List, including 18 players who were placed there in the past week, and 19 players who have been affected by a single infection event, or so it seems.

The list encompasses seven current starters, from quarterback Jamar Jackson to long snapper Morgan Cox, as well as cornerback Tavon Young, yet another starter who has already been on the Reserve/Injured List and whose season was already over. Now he is both injured and infected.

While several players could potentially be removed from the list in time for Tuesday’s game against the Pittsburgh Steelers because they were high-risk close contacts who did not test positive, according to Jay Glazer, the Ravens are expected to add two more starters to the list today, including at least one of them having tested positive for Covid-19.

I’m told at least two more Ravens starters will be placed on COVID list by tomorrow, at least one of which has tested positive for COVID

It is possible that the starter to test positive is defensive end Derek Wolfe, who was listed during this week’s simulate injury reports as having an illness. Practicing squad tight end Luke Willson, signed after Nick Boyle’s season-ending injury, was also listed with an illness, but he is of course not a starter.

If it does prove to be Wolfe, then Baltimore will have a major problem on its hands in piecing together a defensive line. Calais Campbell, Brandon Williams, Jihad Ward, Justin Madubuike, and Broderick Washington are already on the Reserve/Covid-19 List, and at least Campbell, Ward, and Washington are said to have tested positive. Williams was distinguished as a close contact when he was first placed on the list on Monday, and in fact, he would be eligible to be activated today provided that he has not subsequently tested positive.

As it stands, the Ravens only have three defensive linemen, including Wolfe, available between their 53-man roster and their practice squad. They also only have seven offensive linemen available with Matt Skura, Patrick Mekari, Will Holden, and D.J. Fluker all on the list.

The Ravens’ offensive line, if they play on Tuesday, may look like this from left to right: Orlando Brown; Bradley Bozeman; Trystan Colon-Castillo; Ben Powers; and Tyre Phillips. Ben Bredeson is the only backup on the 53-man roster. R.J. Prince, a former Steeler, is on the practice squad.

Even with all of the Covid-19 blows, the Raven still have talent to play a game, like Matt Judon and Yannick Ngakoue as their edge defenders, Marlon Humphrey and Marcus Peters at cornerback, Gus Edwards and Marquise Brown and Mark Andrews at the skill positions, and Orlando Brown at left tackle. As mentioned, they are also likely to get Williams back at nose tackle, and Chuck Clark and DeShon Elliott have made for a low-key but steady pair at safety, while they have Patrick Queen, L.J. Fort, and Malik Harrison at linebacker.