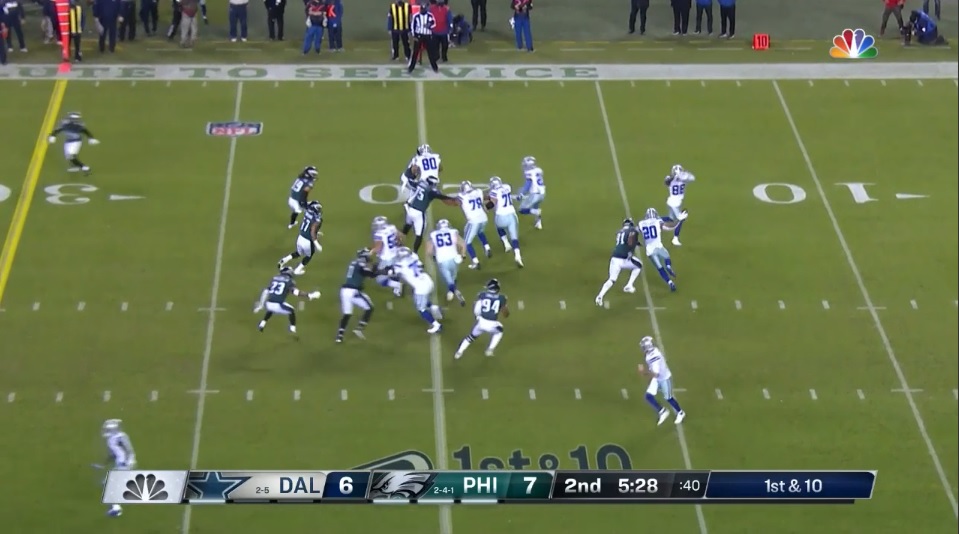 Heading into week 9 if you had the Steelers at 7-0 and the Cowboys at 2-6 give yourself a nice pat on the back. Personally, I don’t think any sort of predictions I made would have had those two records anywhere close to that, but here we are. I’m not going to pull a Mike Tomlin at his Tuesday press conferences talking up every opponent like they’re ‘72 Dolphins. To put it bluntly, this Dallas team is awful. If you missed last week’s Sunday Night Football game with the Cowboys and Eagles, consider yourself lucky. It was a terrible display of professional football topped off with one of the worst quarterback performances I’ve ever seen on tape by Dallas’ rookie Ben DiNucci.

While the Steelers won’t be playing DiNucci this week, they will see either Cooper Rush or Garrett Gilbert. You can join me by saying:

Regardless of who is under center come Sunday this game should not be close. It’s a complete mismatch of teams. On one hand, you have a team with the pressure of staying undefeated and not being the victim of a “trap game.” On the other, you have a team that is just trying to piece together a season and has nothing to lose.

That description couldn’t have been any more accurate when looking at the Cowboys offensive gameplan going into Philadelphia with their rookie QB last week. When you have no true offensive identity after your MVP-caliber QB goes down, you must start getting creative and loose. It’s truly the only way to try to create some sort of offense that can move the ball. That brings us to our matchup to watch this week as I suspect they’ll have a similar gameplan with another inexperienced quarterback, their 4th different starter this season.

That gameplan? Lots of extremely basic runs and passes with tons of trick plays sprinkled in.

What this causes for the defense is the need to not so aggressive and emphasizes the importance of being extremely disciplined with their assignments like not get caught losing backside contain. The worst thing a superior team can do is give a team like the Cowboys hope after a few big plays and let them hang around.

Although these specific plays likely will be changed up or be completely different (or they wouldn’t be much of a trick play) we’ll break down a few of what they threw at the Eagles to give you an idea of just how deep Cowboys’ head coach, Mike McCarthy was in his call sheet.

They pulled one out on the third play from scrimmage and caught the Eagles off guard. It starts as a fake stretch play to Ezekiel Elliot then the QB flips it to the first receiver on the reverse who then pitches it to the Cowboys’ 2020 first-round draft pick, CeeDee Lamb who runs it for a 20 yard gain.

This is exactly what I mean about the defense needing to be extremely disciplined especially when it comes to backside contain in order to sniff out and stop these plays before they get started.

So in the first half, the Cowboys call the double reverse.

What do they call in the second half? The fake reverse.

It starts as your sweep play where the quarterback just pats the ball to Cowboys back up running back, Tony Pollard, jet motioning across the formation. He then fakes it to the reverse man. The fake makes the defense hesitate just enough to give him the edge to get to the outside and pick up the first down.

Another thing I’d expect to see is some wildcat from the Cowboys. While at this point it’s hardly a “trick-play” anymore in the NFL it’s still something to be prepared for come Sunday as the Cowboys ran it more than a few times on Sunday. This time they’re a little sneakier about it than the traditional wildcat as they motion the QB out wide before direct snapping it to the running back.

Transitioning from the wildcat the Cowboys also used wide receiver, Cedric Wilson Jr, son of former Super Bowl XL-winning Steelers receiver Cedric Wilson at quarterback. All they did was run a simple zone read with him, but it’s yet another wrinkle to be prepared for Sunday as the Cowboys are going to try anything and everything to get this offense moving.

Something else to look out for is double passes. While this whole play design, in my opinion, is far from great with the only option for the receiver to throw to being a post running away from him or the seam, your defensive backs have to be disciplined and not get caught sleeping.

The last play we’ll go over is another designed pass for Cedric Wilson Jr. He is their gadget guy in this offense, an Antwaan Randle El of sorts. He was an all-state quarterback for his 6A Tennessee high school. The play is designed to go to the motion man who runs a wheel route but the cornerback stays home and leaves nowhere for Wilson Jr to throw the football.

As previously mentioned, Sunday’s game should not be close. The Cowboys offense truly doesn’t belong on the field with this Steelers defense. However, if Dallas can take advantage of Pittsburgh’s aggression and sometimes undisciplined defensive backs they could break a few plays that keep them around late in the game.