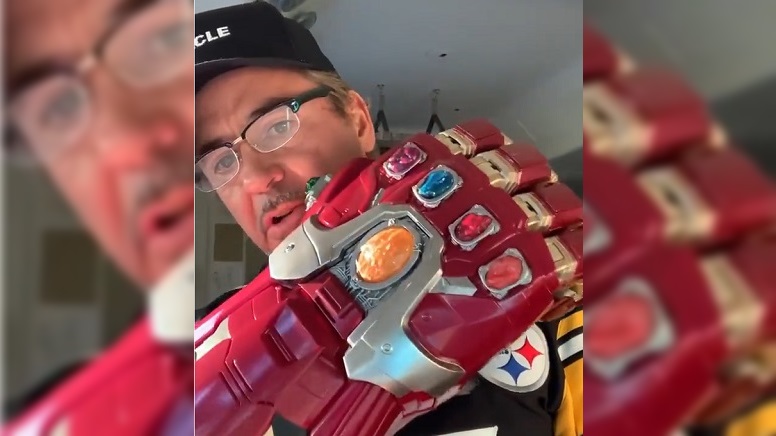 Friday night, Pittsburgh Steelers defensive tackle Cameron Heyward posted a video on his Instagram account of actor Robert Downey Jr. captioned; “Well my @marvel life has just been made!” It was a personalized video from the actor who plays Iron Man to the son of the late Craig “Ironhead” Heyward. How fitting. In short, Downey is a huge Steelers fan and he gave Heyward a quick thank you and shoutout.

“Let’s go for 9-0. I know it can seem like a bit of a trap game but…all omens are good,” Downey said after being interrupted on camera by the cousin of Steelers Hall of Fame linebacker Jack Lambert.

“I believe that Ironhead is going to need an iron hand, so this is coming your way brother. Thank you, love you, go Steelers, numero uno for frickin’ ever. Boom boom.”

Downey Jr. is evidently sending Heyward an Infinity Gauntlet replica after the Steelers defensive lineman sent him a jersey, which he was wearing in the Instagram video he made.

If you remember, Downey shouted out the Steelers when he was awarded Favorite Action Movie Actor at the 2017 People’s Choice Awards.

Pretty cool. The Steelers have Iron Man’s full support as they look to remain undefeated on Sunday at Heinz Field against the Bengals.