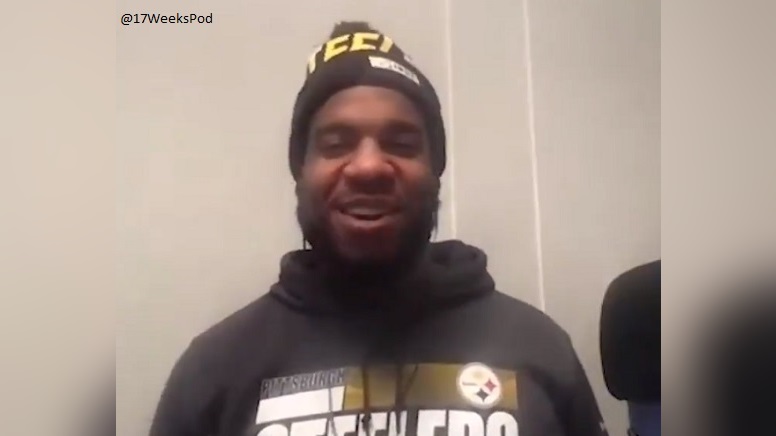 Pittsburgh Steelers tight end Eric Ebron is really a happy player right now and quite honestly, probably the happiest he’s ever been since being selected in the first round of the 2014 NFL Draft out of North Carolina. Ebron always seems to be smiling whenever he’s on camera and you can even picture that smile of his whenever you can only hear is voice and not see him. Recently, Ebron talked quite a bit about what makes the Steelers a different NFL organization than any other one he’s played for during his weekly appearance on the “17 Weeks” podcast.

Ebron, who so far this season has registered 31 receptions for 323 yards and three touchdowns, isn’t blind to the fact that the Steelers way of doing business is the primary reason why they get the players that they do and why they are consistently competitive year in and year out.

“This organization is ran to win,” Ebron said on the podcast. “And I say that because they are accustomed to winning, so they understand how to build an environment full of winners. And I think that’s the difference here is that just the environment is like bulletproof. Like, if you’re in this environment, then that’s the only way you understand it. And the only way to get into this environment is they really have to like you, or they draft you, because they don’t really dip into free agency like that. So, for me to be here, it’s like a blessing. So, it’s only right that I do my job, you know, because they don’t really go into free agency. So, I just think it’s dope, man. The atmosphere is just one hundred percent crazy.”

Ebron’s right as the Steelers very rarely go after higher-priced free agents. In fact, the Steelers signing Enron this offseason to a two-year contract that averaged $6 million per season was a bit of a surprise. So far, Ebron’s shown that Steelers decision to sign him to such a contract was the correct one and especially in the last four weeks as the tight end has 15 receptions for 158 yards and two touchdowns in the last four games.

On Sunday, Ebron will go against a Jaguars team that he’s had some success against since being drafted by the Detroit Lions. In four total games against the Jaguars, Ebron has registered 20 receptions for 247 yards and two touchdowns. In short, it won’t be surprising to see Ebron catch three or four passes for 50 to 60 yards on Sunday in Jacksonville. If all goes well on Sunday, the Steelers will leave Jacksonville with a 10-0 record.

During his recent podcast appearance , Ebron made it clear that he thinks he knows why the Steelers have managed to go undefeated through the team’s first nine games of the 2020 regular season and why there’s a very good chance the team will register another win on Sunday against the Jaguars.

I'm telling y'all, this @steelers team is different. We family! pic.twitter.com/AAcEyaVNF5