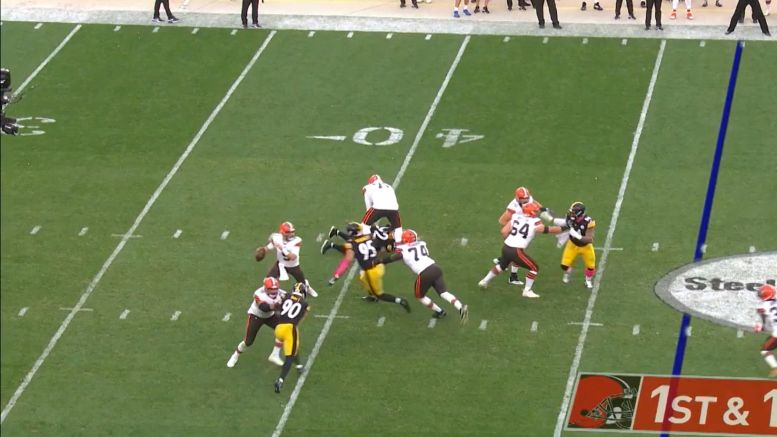 Reasoning: According to head coach Mike Tomlin, veteran defensive lineman Chris Wormley, who is currently on the Reserve/Injured List, is expected to practice today, and it even sounds as though he has a chance of being activated by the end of the week and playing on Sunday.

A lot of fans have been down on Chris Wormley after the Steelers gave up a fifth-round pick for him, expecting him to have a larger impact, but the reality is that they simple have not used him very often, relying heavily on their three starters, Cameron Heyward Stephon Tuitt, and Tyson Alualu.

By the time he suffered a knee injury late in the game against the Tennessee Titans, the sixth game of the season, he had only logged 51 total defensive snaps on the year, and had only hit 10 or more snaps three times, including that Titans game, with a high of 11.

That doesn’t mean, however, that he wasn’t playing well when he was on the field, and in my estimation, he was doing a fine job, even if the stat sheet looks pretty barren. In his absence, the Steelers have had to turn to less experienced depth.

Suffice it to say that any reinforcements along the defensive line would be welcome, and with Wormley back at practice, possibly even ready to take the field again on Sunday, it could potentially give the coaching staff an opportunity to give their top linemen some more snaps off, which they haven’t been getting.

Wormley played more than 400 snaps in each of the previous two seasons as a member of the Baltimore Ravens, and he was able to be effective. There’s a reason that the Steelers traded for him back in March to shore up their depth. Now they can use him more.

At the same time, they don’t need to rush him back if he’s not ready. But my thinking is that he will be. He hasn’t been practicing because players aren’t allowed to practice for the first three weeks while they’re on the reserve list. He’s had those three weeks to rest his knee now.