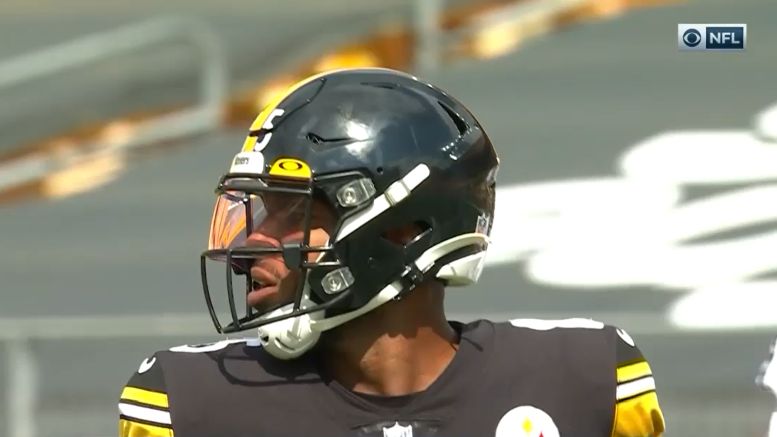 As we’ve done in the past, the keys to the Pittsburgh Steelers winning (or losing) tonight’s game. Three things that need to happen for them to end up on the right side of the score and vice versa in this 2020 Week 4 matchup against the Philadelphia Eagles.

1. They Do A Whole Lot Better In The Battle Of Field Position

Pointed it out in our Eagles’ scouting report and on Friday’s episode of the podcast. The east PA team is doing a whole lot better flipping the field than the west. Philadelphia’s Cameron Johnston has been one of the league’s best punters the first month of the season, ranking 3rd in net and gross average. Pittsburgh’s Dustin Colquitt? 25th and 29th. If this game is relatively low-scoring, it could come down to who wins the field position battle. Heading into today, Philly has the undeniable edge.

2. The Front Seven Has Disciplined Eyes

Philadelphia has a diverse, complex scheme in pass but especially the run game. Their goal is to slow down aggressive, upfield defensive lines like what the Steelers have. Their run scheme throws a ton of wrinkles at you with the intent of getting defensive line to play hesitant and out of position. Pittsburgh’s run defense has been the best in football but today will be a good test of where they’re really at. The good news is they have the personnel advantage.

Eric Ebron broke out in Week 3’s win over Houston. He has a good shot of doing it again today. The Eagles have been vulnerable to giving up big plays to tight ends. Five touchdowns in four weeks and last Sunday night, George Kittle rolled them in a 15 catch, 183 yard, one touchdown performance. #47 Nate Gerry is the man you want to target. He’s struggled dearly throughout the season.

Yes, Mike Tomlin has a solid record post-bye. But this bye week was strange and Ben Roethlisberger said it could impact the rhythm he was just beginning to find. Don’t want this team to come out flat, a story we’ve seen too often (even this year) and let the Eagles jump out to the early lead. Not saying it’s going to happen but if it does, the surprise bye is going to be linked to it.

Philadelphia knows they’re outmatched. You know it, I know it, Doug Pederson knows it. The Eagles are decimated at receiver, the offense is hurting, and they’re facing one of – if not the – best defenses in football. The way their offense will function is by having the better scheme. Pittsburgh doesn’t run a complex defense. They play their guys, play fast, and let them make big plays. Give Pederson the advantage against Keith Butler in this one, though the Steelers clearly have better personnel.

Strength of this Eagles’ defense is their pass rush. No arguing that. They’re the only team with more sacks, 17 of them, than the Steelers’ 15. They don’t need to bring a lot of pressure to get home either (26th in blitz rate) often rushing four.

There’s a ton of talent with Fletcher Cox, who’s had success against David DeCastro, a crafty vet with Brandon Graham, ex-Steeler in Javon Hargrave, and former first rounder Josh Sweat finally finding his stride. I like the Steelers pass rush vs the Eagles beat-up offensive line much more than the Eagles’ pass rush against the Steelers’ o-line but if the Eagles win this game, it’s because they dialed up a boatload of pressure on Ben Roethlisberger.