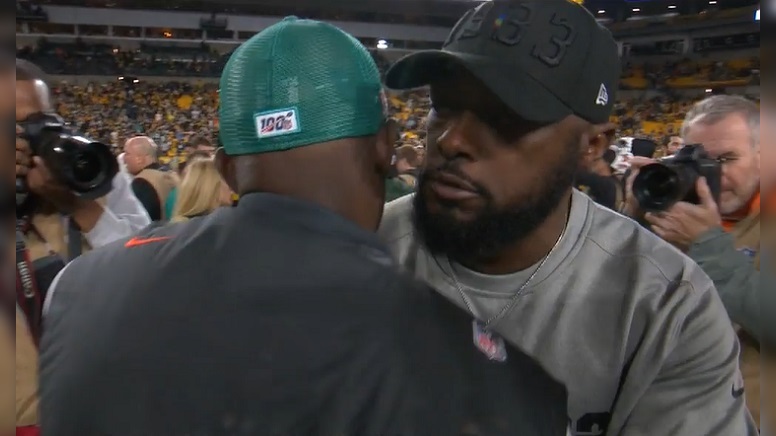 The Pittsburg Steelers are currently on their 2020 bye week after having their Week 4 game against the Tennessee Titans postponed. When they return to action in Week 5, the Steelers will host the Philadelphia Eagles at Heinz Field. That game will present a chance for head coach Mike Tomlin to extend his post-bye week winning streak to four games.

Last season, the Steelers beat the Miami Dolphins 27-14 on Monday Night Football following the team’s Week 7 bye. The last Steelers loss following a bye week was in 2016 against the Baltimore Ravens, which was a road game.

The Eagles are 2-4 against teams coming off bye weeks under their head coach Doug Pederson since he took over the job in 2016.

The Eagles are playing in Week 4 at home against the San Francisco 49ers. That game will take place Sunday night in San Francisco.

Under Mike Tomlin, the #Steelers are 9-4 in games after a bye week. pic.twitter.com/tvUcNFCQDT