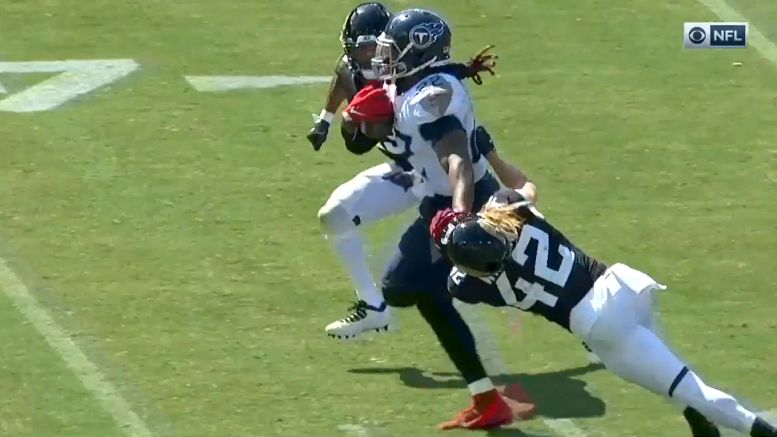 The Pittsburgh Steelers’ stretch of three games beginning this past Sunday is the roughest on their schedule, facing the Cleveland Browns, the Tennessee Titans, and the Baltimore Ravens. Although Baltimore has not been quite the same on the ground so far this season, they set an NFL record for rushing yards just last year, and Lamar Jackson just had his first 100-yard rushing game of the season.

Up next, however, is the best rushing offense in the league right now, and the best running back, in Derrick Henry, who led the NFL in rushing yards last season and is doing so again this year. Coming off a 212-yard game that was punctuated by a 94-yard touchdown run (not the longest of his career), he will mark the Steelers’ toughest challenge yet.

“There are people that are intimidated by him, and there are tangible things to be intimidated by”, head coach Mike Tomlin said of Henry earlier today during his pre-game press conference. “This is like Bud Dupree running the football. This guy gets into your secondary, it’s like trying to tackle a guy like Bud, expect he’s faster than Bud. You can see DBs having issues with that. Hopefully we minimize the amount of time that our guys are in those circumstances, and hopefully when our guys are in those circumstances, they do what they have to do—they do what the job requires them to do”.

And the Titans have built an identity around running the ball with Henry. Head coach Mike Vrabel has even donned a face mask with that message as though to remind himself that this is who the team is. And unsurprisingly, despite the fact that Tennessee has only played five games, while many have still not had their bye week, Henry leads the league with 123 rushing attempts, just a hair under 25 attempts per game.

He also leads the league with 588 rushing yards, with six rushing touchdowns, having scored on the ground twice in each of the past three games. The Houston Texans’ dismal run defense, however, does boost his numbers some.

Through the first four games of the season, Henry did rush for 376 yards, but it took him 101 rushing attempts to get there, averaging just 3.72 yards per attempt. The Steelers and their second-ranked run defense must attempt to show that the Texans game was an outlier and that they are more than capable of grounding Henry and the Titans.

Even if it requires tackling a running back built like an edge defender 25 times during the game.

Man, Derrick Henry is a planet theory running back. Not as fungible as most all other NFL running backs. #Steelers pic.twitter.com/WLzcYkvZpF