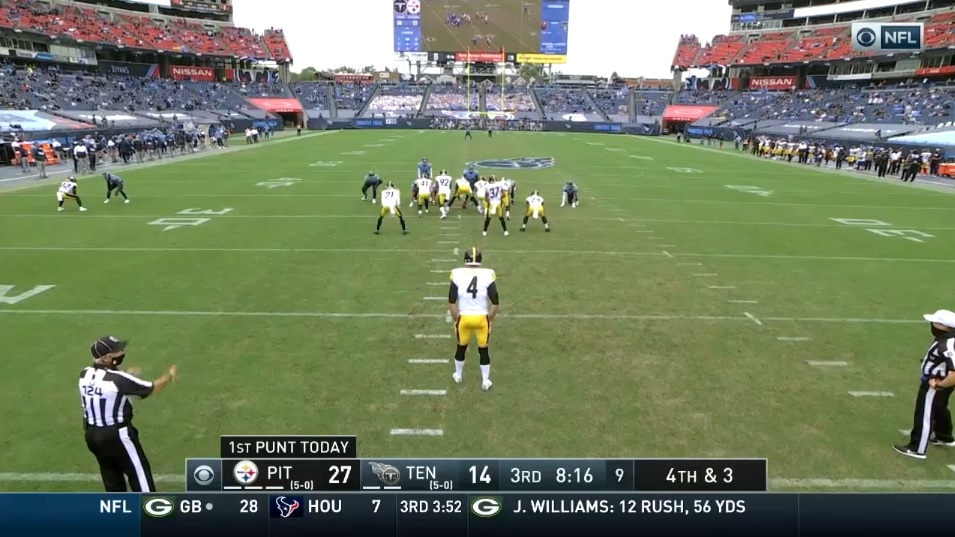 Jordan Berry has his health. And now he has a job. After several days of COVID testing, all results coming back negative, he’s back as the Pittsburgh Steelers’ punter. The only damage? A bit of an emptier house. Talking with reporters for the first time since re-joining the team, Berry said he was in the middle of moving his family to Kentucky when the Steelers came calling.

“I was very relieved to get the call and be able to come back and play football for the Steelers,” Berry told reporters via the team website. “It’s a great team. All the coaches here are really good. Good friends obviously with all the players. Out of any of the possible opportunities I could’ve got, this was obviously the best one I could’ve gotten. I’m just very happy to be back.”

Berry was brought in for a visit last Monday to jumpstart his COVID testing process, needing multiple negative tests before getting cleared to enter the facility and punt in Sunday’s win over the Tennessee Titans. That meant days of getting tested and going home to a house he had basically moved out of. Given the all-clear on Saturday, he was officially signed, the team releasing Dustin Colquitt after just five games. Berry did what Colquitt struggled to do over that time. His two punts Sunday went 49 and 51 yards, results he was pleased to see in his first game back.

“The first one I was really happy with. I got great hangtime, great placement, great distance on that one. Got the fair catch. That ball there was about as perfect as you want. Was stoked to come out and hit the first one out of the gate. The second one as well. Got good distance on that one, good coverage. Hangtime was a touch lower so I could’ve done better there. But overall, I was very happy with the game. Came out with a good net average. That’s all we’re after.”

Berry’s net average was 47.5 yards, about ten yards higher than Colquitt’s which ranked tied for last in the league before his weekend release. It’s just two punts and 47.5 isn’t a sustainable number, an elite net is anything over 42, while Berry’s numbers have sat in the 40s during most of his tenure.

But it was a promising start and one that’ll need to continue against the Ravens. Those are always close games where the field position battle can give one team the edge they needed to win. Ravens’ punter Sam Koch is one of the best in the business, going into Week 8 with the seventh best net average in football at 43.2.