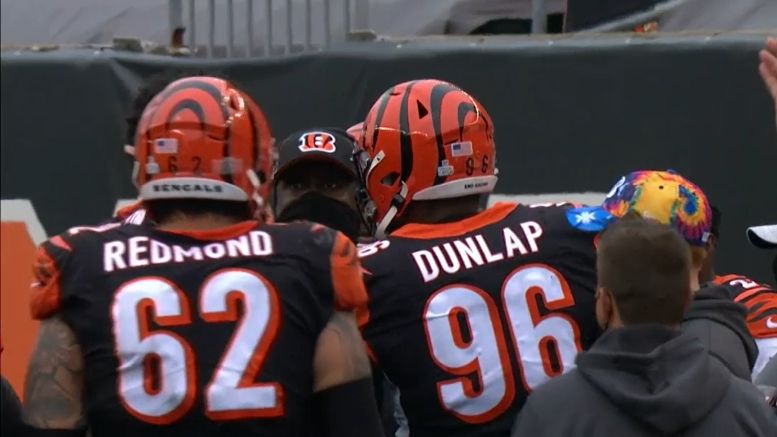 Carlos Dunlap is a multiple-time Pro Bowler who has consistently produced year in and year out for an impressive career for the Cincinnati Bengals as a former second-round pick, at least once he entered the starting lineup in his fourth season. Between 2013 and 2019, he averaged about nine sacks per season, forcing 16 fumbles in that span, with an interception returned for a touchdown, and 80 tackles for loss.

Now he has been relegated to serving as a depth, rotational player, and he has been making it very clear that he is unhappy about it. In fact, it certainly seems as though he is attempting to force the Bengals to trade him in advance of next week’s trade deadline.

Dunlap, who has not been the starter for the past three weeks and has played under 50 percent of the team’s defensive snaps, is in the second year of a three-year extension that he signed in 2018. On the season, he has 18 tackles, two for loss, a sack, and two passes defensed, now with 60 of those in his career as well, by the way.

But tensions mount as the Bengals continue to lose and veterans grow dissatisfied with their roles. He was seen arguing with defensive line coach Nick Eason late in Sunday’s game, and it was enough to prompt teammates to comment upon his behavior.

This is Carlos Dunlap arguing with a coach at the end of the game. Appears to be defensive line coach Nick Eason. #Bengals @fox19 pic.twitter.com/5E8cXf1jjK

Wide receiver Tylor Boyd said that he doesn’t agree with Dunlap’s approach to his situation to allow it to resort to blowing up on the sideline. Fellow wide receiver A.J. Green advised that it should have been kept in-house. Running back Giovani Bernard also supported his coach and expressed regret that he has to deal with things like player revolts.

Dunlap went so far as to Tweet out after the game that he wants to sell his house. I’ll quote the Tweet in full in case he ends up deleting it by the time this runs:

~6000 sqft city view with huge balcony. 4 bedroom. 4.5 bathroom. In one of the best school districts for sale. Do your market analysis and make me offer. Serious inquiries only with proof of funds!

Owner is willing to sell furnished or unfurnished!

~6000 sqft city view with huge balcony. 4 bedroom. 4.5 bathroom. In one of the best school districts for sale. Do your market analysis and make me offer. Serious inquiries only with proof of funds!

Owner is willing to sell furnished or unfurnished!

The Bengals drafted Dunlap back in 2010. He has spent his entire career in Cincinnati, and has been rewarded with contract extensions that they rarely give out. He has consistently played around 850 snaps or more per season when fully healthy, between 75-80 percent of the total snaps. He’s at a percentage considerably lower than that now.