The Seattle Seahawks have now released their second official injury report of week 6 ahead of their Sunday night road game against the Pittsburgh Steelers and the Thursday offering shows that two key offensive players failed to practice earlier in the day.

Not practicing on Thursday for the Seahawks were running back Chris Carson (neck) and wide receiver D.K. Metcalf (foot/ankle). That’s two days in a row that Carson has failed to practice this week so there’s a good chance he misses the Sunday night game against the Steelers after being sidelined in Week 5 as well. As For Metcalf, he went the wrong direction on Thursday as he was listed as a limited practice participant on the Seahawks Wednesday injury report.

Wilson will not play on Sunday against the Steelers despite being a limited practice participant on Thursday. There’s a good chance he winds up being placed on the Reserve/Injured list by Saturday night. It’s worth noting that Ogbuehi was a new addition to the injury report on Thursday. 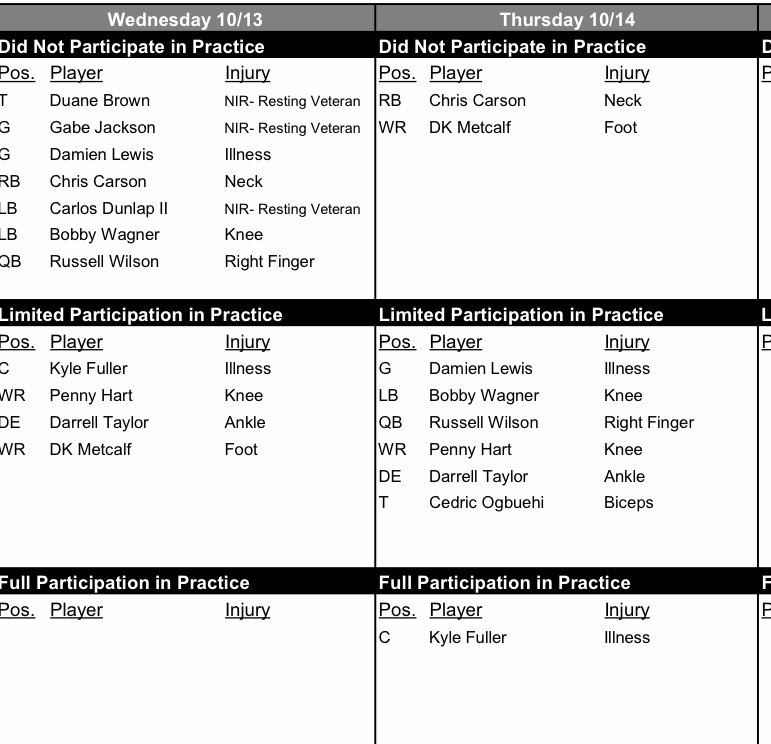