The Pittsburgh Steelers released their first official depth chart of the 2020 season on Monday and while the offering doesn’t include any real surprises, it does include quite a few ORs,

As Steelers head coach Mike Tomlin hinted might be the cast last week, the starting right tackle spot for Week 1 remains a mystery. Tomlin listed both Zach Banner and Chukwuma Okorafor as the team’s starting right tackle with OR between their names. Both are listed as the backup left tackle in the same manner.

Tomlin also used OR on the Week 1 depth chart at several other positions. OR was used to separate the names of tight ends Eric Ebron and Vance McDonald as starters. At the backup inside linebacker spot, Marcus Allen and Ulysees Gilbert III are both listed with OR being used to separate their names

The Steelers listed wide receiver Diontae Johnson as their top punt returner on Monday. However, as far as the top kick returner job goes, running back Anthony McFarland Jr. and wide receiver Ray-Ray McCloud are both listed with an OR between their names.

The Steelers will get their 2020 regular season underway a week from tonight against the New York Giants on the road at MetLife Stadium. 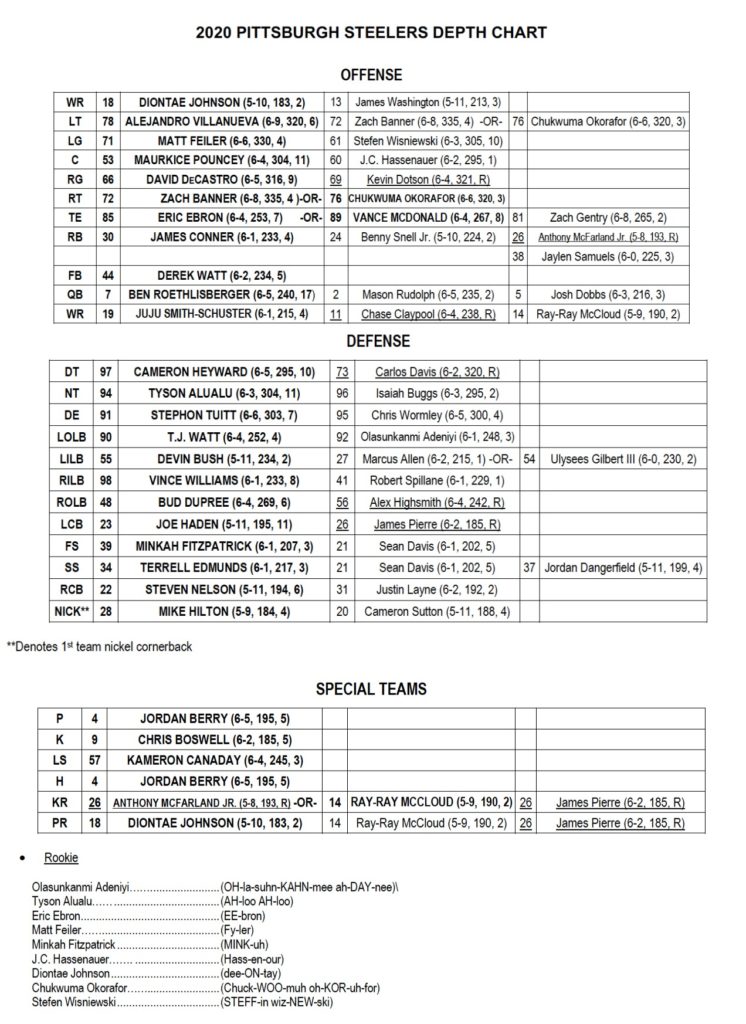