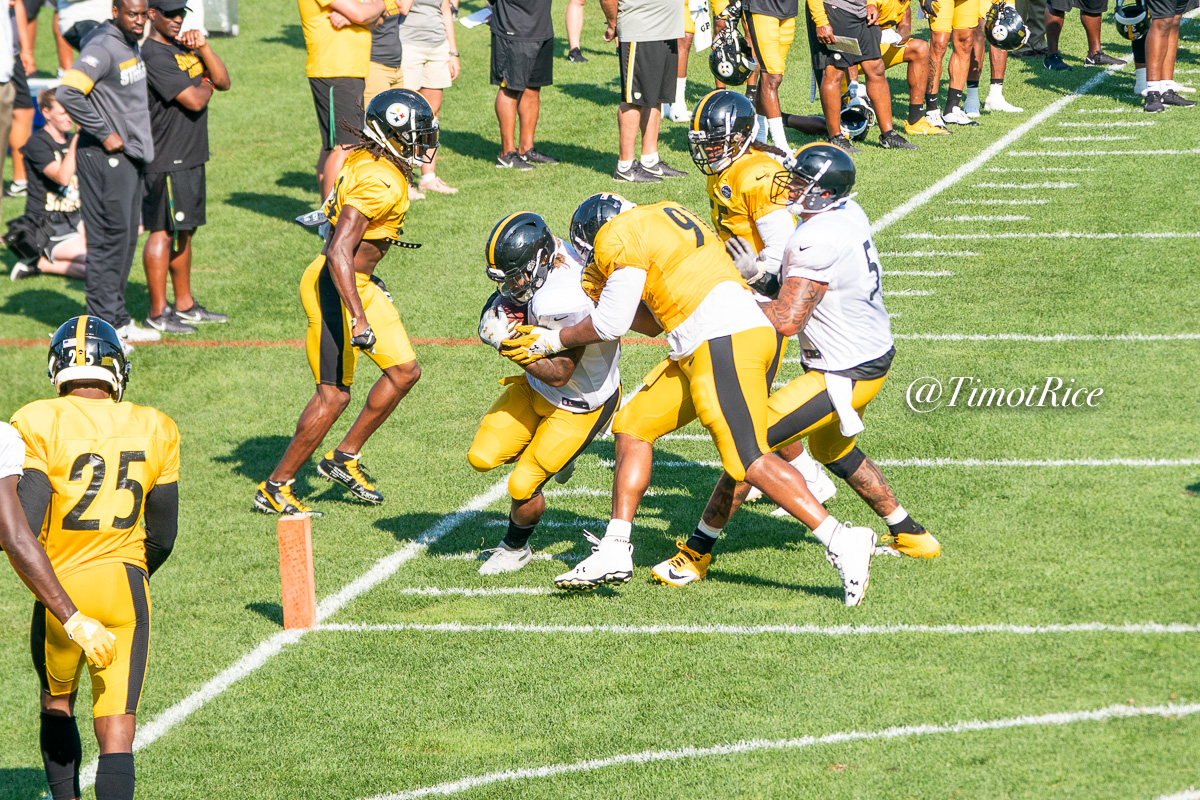 Mike Tomlin and the Pittsburgh Steelers held training camp at a new location, working at Heinz Field, but the style of camp didn’t seem to change. They’ve been known to have among football’s most physical summers and that didn’t change this season. If anything, the lack of a preseason created for at times a more physical camp, including full-contact, live-tackling special teams sessions.

But not every team takes the Steelers’ approach. The Dallas Cowboys reportedly haven’t done any tackling in training camp. According to this tweet from Jon Machota, the first time they’ll tackle is Week 1 against the Los Angeles Rams.

The Dallas Cowboys haven’t been tackling to the ground in practice during training camp. That’s not expected to change as they prepare for Week 1. With no preseason games, the season opener could end up being the first time Cowboys players will be tackling and being tackled

There’s two schools of thoughts to the approach. Don’t tackle and in theory, reduce the risk of injury, even if the team is less prepared for Week One. Or tackle, go all-out, and potentially risk injury. In past years, those who played it conservatively banked on the preseason as their chance to go full-out. That’s not happening this summer.

The Steelers have seemed to get the best of both worlds. They tackled, had a physical camp, but enter the regular season seemingly healthy. That puts them in a more prepared position to start the season especially coupled with returning a veteran-laden team and returning coaching staff across the board.

Of course, none of this is black and white. You can still teach and rep tackling without going to the ground. And teams who don’t tackle aren’t immune to injury. The Cowboys are proof of that; DT Gerald McCoy was lost for the season – eventually released – after suffering an injury in an individual drill. Nothing is guaranteed. And to be clear, Week 1 opponent New York Giants reportedly had a physical camp, led by Belichick-impersonator Joe Judge who approached things with a very 1950s touch. Lots of tackling, players running laps, taking names off jerseys.

But Pittsburgh overall was a very good tackling defense last season. Their willingness to go the extra mile in training camp to prepare for the season means a lot, especially in a year without exhibition games to rep it.