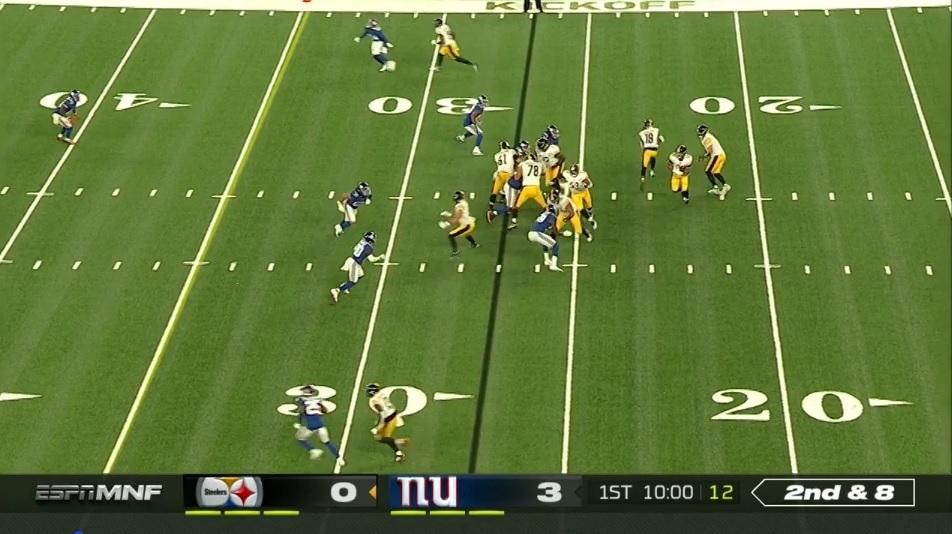 Something old, something new. That’s not just a wedding phrase. It’s how you can describe the Pittsburgh Steelers’ offense Monday night.

The Pittsburgh Steelers’ offense had the fifth highest motion rate, according to this tweet from Seth Walder, whose ESPN Analytics team compiled the data from football’s first week back. The Steelers used motion at the snap 25.4% of the time and overall motion 48.4% of the time.

How often did each team use motion in Week 1? First column is motion at the snap, second column is all pre-snap motion.

Shoutout to our video trackers who make this stat possible. pic.twitter.com/mDf6aPEgyI

The latter was lower overall league wide but still a dramatic change from year’s past.

Pittsburgh ranked 26th in motion rates last season. The change can be attributed to the addition of Matt Canada, bringing his college influence to the NFL. And while the Steelers’ motion might not have always been effective, it was a welcomed changed and one that will likely get better throughout the season.

Last week, OC Randy Fichtner talked about what more motion brings to an offense and the stress it adds to a defense.

“I think it always allows you to potentially maybe unsettle a defense, if you will. It’s not the last thing over the course of a ball game, but maybe, in situational football at certain times, it’s always going to be potentially an advantage”.

It’s another way to stress a defense, forcing them to communicate or get out-gapped or out-leveraged if they don’t. Pittsburgh’s offense has been too stagnant in years past, a reality exposed without Roethlisberger for most of 2019. The offense was starved for a shot in the arm with two struggling QBs.

Canada’s presence was immediately felt. As an example, on the second snap of the game, Diontae Johnson went in motion on a fake jet as the line pulled the opposite way. The result of the play wasn’t special, a three yard run, but you can see how the backside linebacker (#53) holds before realizing Conner has the football. The scheme allows the Steelers not to block him with a tackle or tight end without worrying he’ll crash down and make the play unblocked from the backside.

It’s small elements like this that will enhance the Steelers’ offense. Not to the degree of the 49ers or Ravens but it’s no secret the best offenses – and teams – in football have gone all-in on pre-snap motion.